Thanks to the Storyboard we created on Wednesday, it is now possible to design the prototype of the service we design in the first 3 Sprint days. It is important to adopt the "Fake it" philosophy to turn your idea into a testable prototype. No need to think about the data structure at this point. Only the tip of the iceberg counts to execute the user tests. It is important to get straight to the point by focusing on the functional aspects of the prototype and more specifically the main feature of it. Remember, you only have one day to create a uhaoo!! experience!

Part of Thursday is also planned to prepare user tests that will take place the next day.

Here is the list of the objectives of the day:

Results of Thursday for the project AVENUE

In the coming articles, we will expose some elements of our Sprint AVENUE. Indeed, the amount of information created is such that to describe everything here could drown the message. So we decided to describe only a small part of the results obtained.

A prototype consists in the realization of a model of the product relatively faithful to a finished product. Digital mockups can be easily made using software like Keynote, PowerPoint, Google Slides, InVision, Adobe XD or others.

In the prototype bellow, only a small part of the functionality is exposed. The focus was not on the design, but on the features as well as the navigation between the different screens. The idea was to create a sufficiently comprehensive tool to be able to determine and understand if the users / testers were able, for example, to request an autonomous vehicle to pick them up. 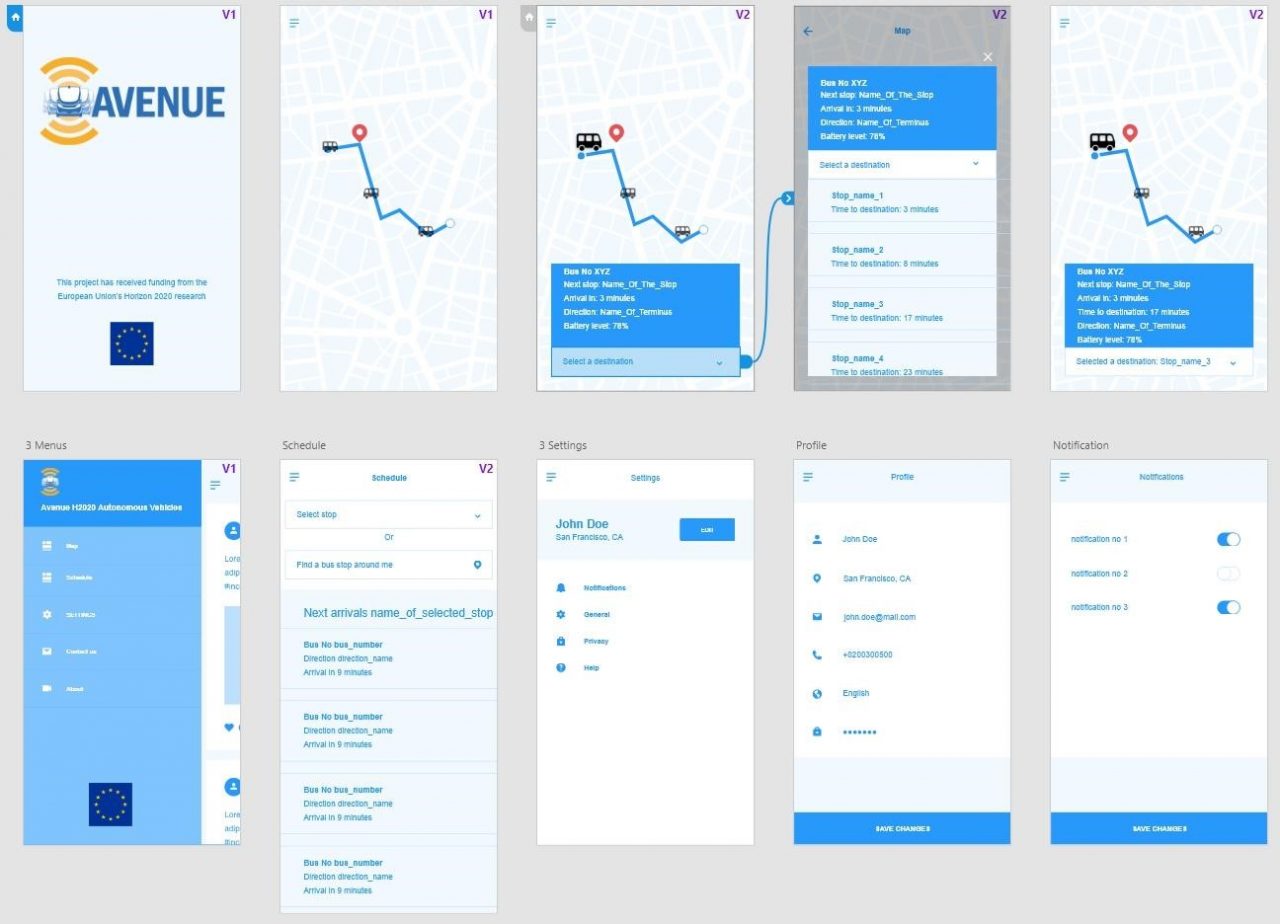 For our Sprint H2020, we skipped this step because the user tests were planned for a later stage, and only if the project started.

The theoretical goal of this step is to give independence to the team participating in the Sprint. Indeed, it is essential for that team to be able to redo the interviews without the intervention of a facilitator for potential future iterations.

Similarly, the theory is that the interview is co-written by the facilitator and the interviewer. While doing so, we should always keep in mind the “long-term goal” of the Sprint as well as the kind of answers that we expect from the testers.

Make the first test of the prototype in a real situation

In theory, it is recommended that the testers and the observers are not in the same room. The idea of this preparation step is to avoid potential technical problems the day after. The testers come in general full of good will, it is important to do everything to respect their valuable time and therefore be fully ready for the user test day.

In a few days, we will publish the next article of this series that will talk about the "Day 5 - Test" of the Design Sprint, so if you want to know more about this day and the AVENUE project, follow us on LinkedIn. 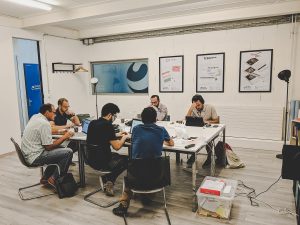 Discover our offers
Our Design Sprint & Workshops will set your project on the right track.
Here