Carlos began studying computer engineering at the Polytechnic University of Valencia (Spain). Engineering diplomas in hand, he decides to go to Erasmus in Norway.

A few years later, back in Spain, Carlos works in computer security as a junior auditor. He is passionate about this field, so he decides to get a master's degree in computer security in Finland and Norway (yes for a Spanish guy, he has a pronounced taste for northern countries).

This passionate traveler decides, then, to look for a new professional opportunity. He applied in various European countries and found a doctoral position at the University of Geneva (UNIGE). It is there (at UNIGE) that he meets the other founding members of the MobileThinking team. He obtained, like Mattia, a PhD in Business & Management with a specialization in information system. 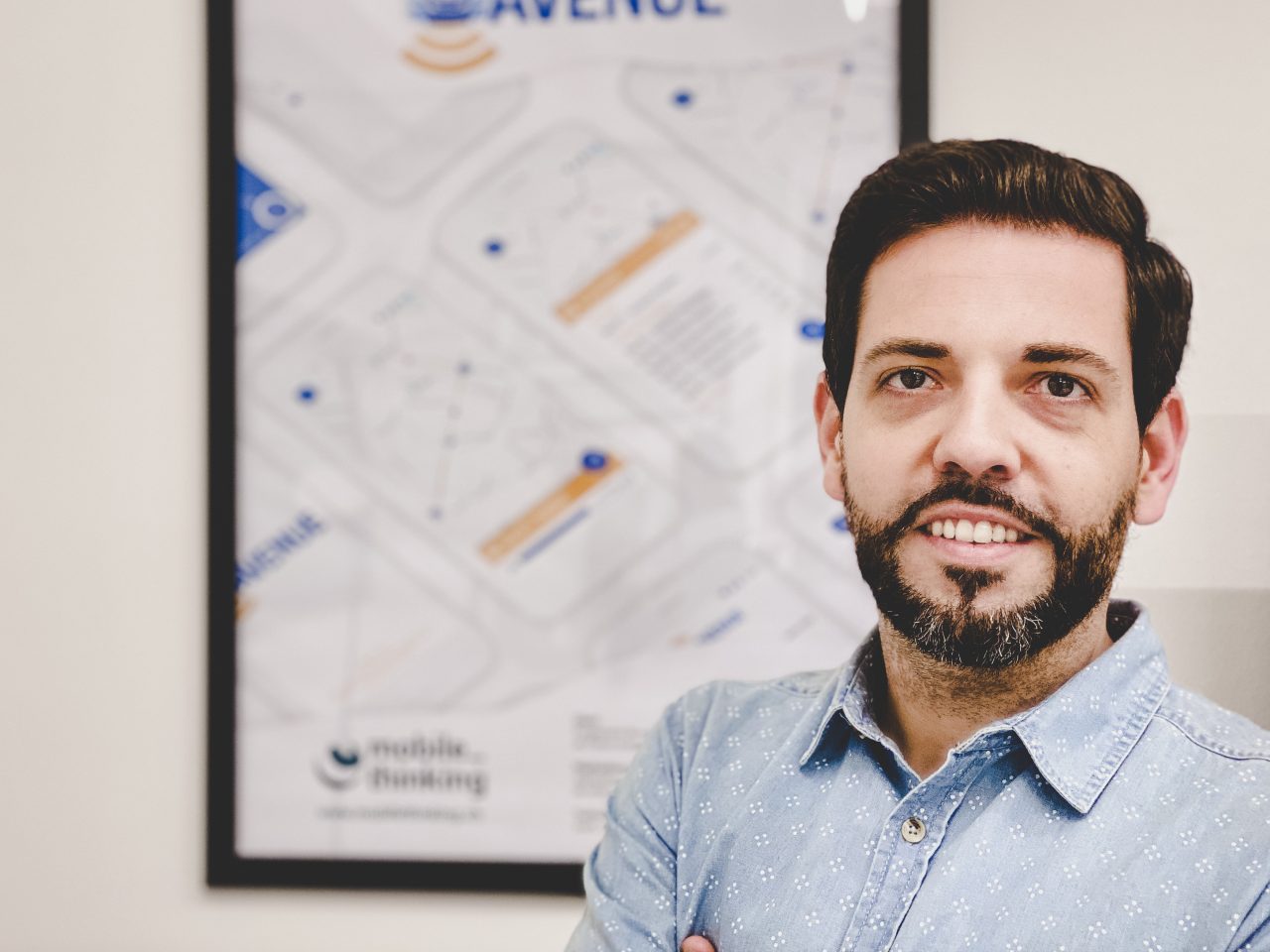 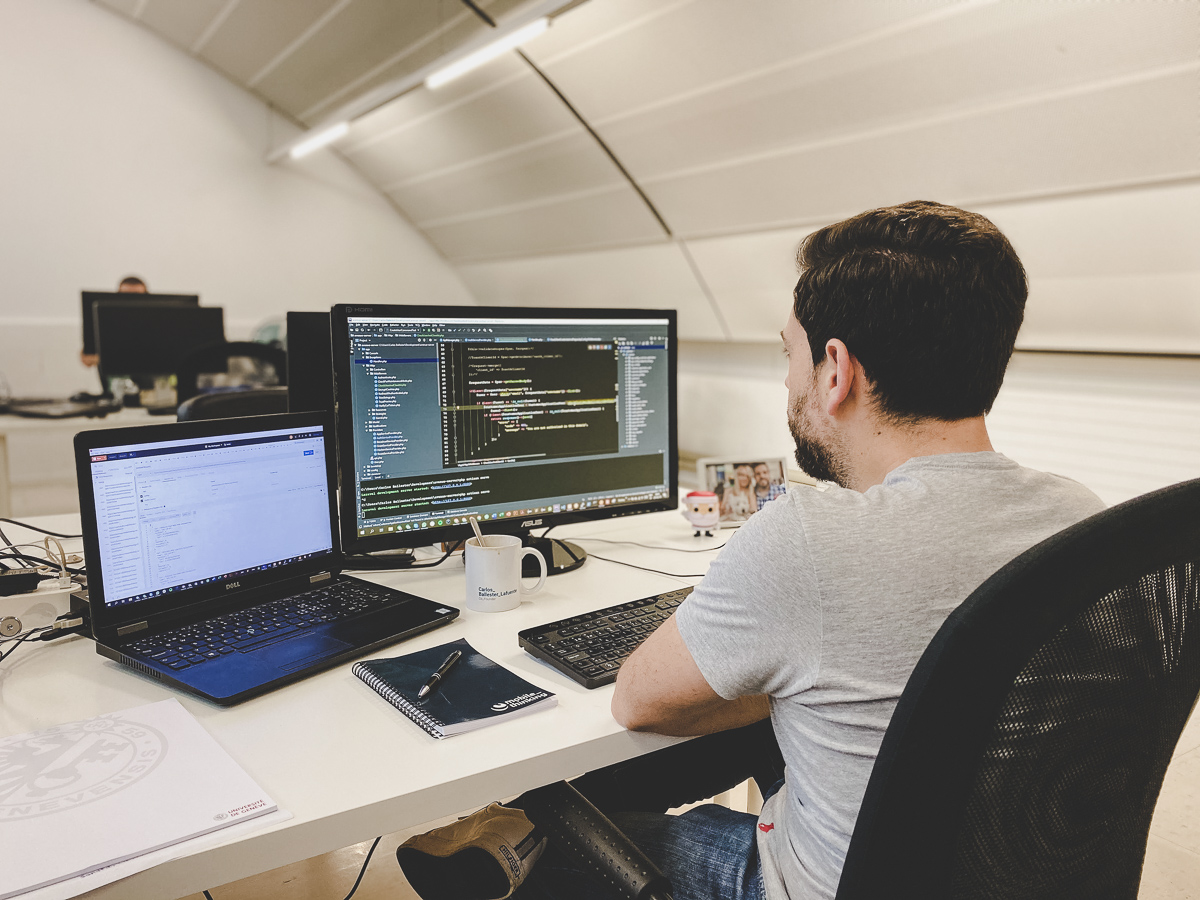 His strong point is undeniably his ease and willingness to learn, his sense of communication, his spirit of analysis and innovation. His colleagues perceive him as an optimistic, hard-working and positive person.

His vision for MobileThinking: He aspires to a growth of the company and wishes that it grows bigger by becoming known and recognized on a European scale, even worldwide. However, it is equally important for him that we maintain the quality of our services and the proximity to our customers.

His functions at MobileThinking range from web and mobile development to the coordination of European projects.

On the side of his private life, Carlos is a person who likes to have a good time with his friends, but also go hiking all over Switzerland accompanied by his wife and their dog Blanca. He also likes to run (but only in the early morning or late at night, because he fears heat! :-) ).

Always in a good mood and playful nature, he always works side by side with Blanca, who is truly the mascot and "Chief Happiness Officer" of our company! 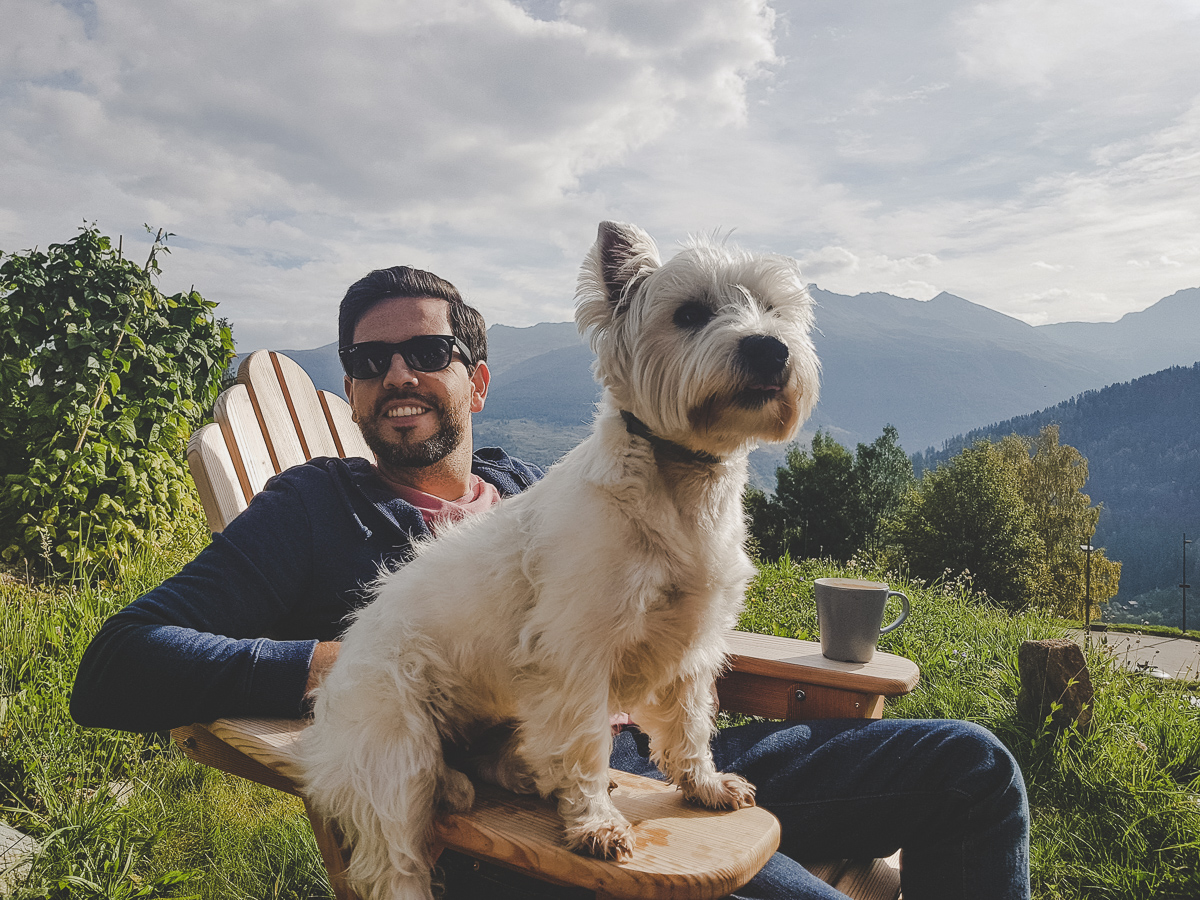 The latest news of Carlos 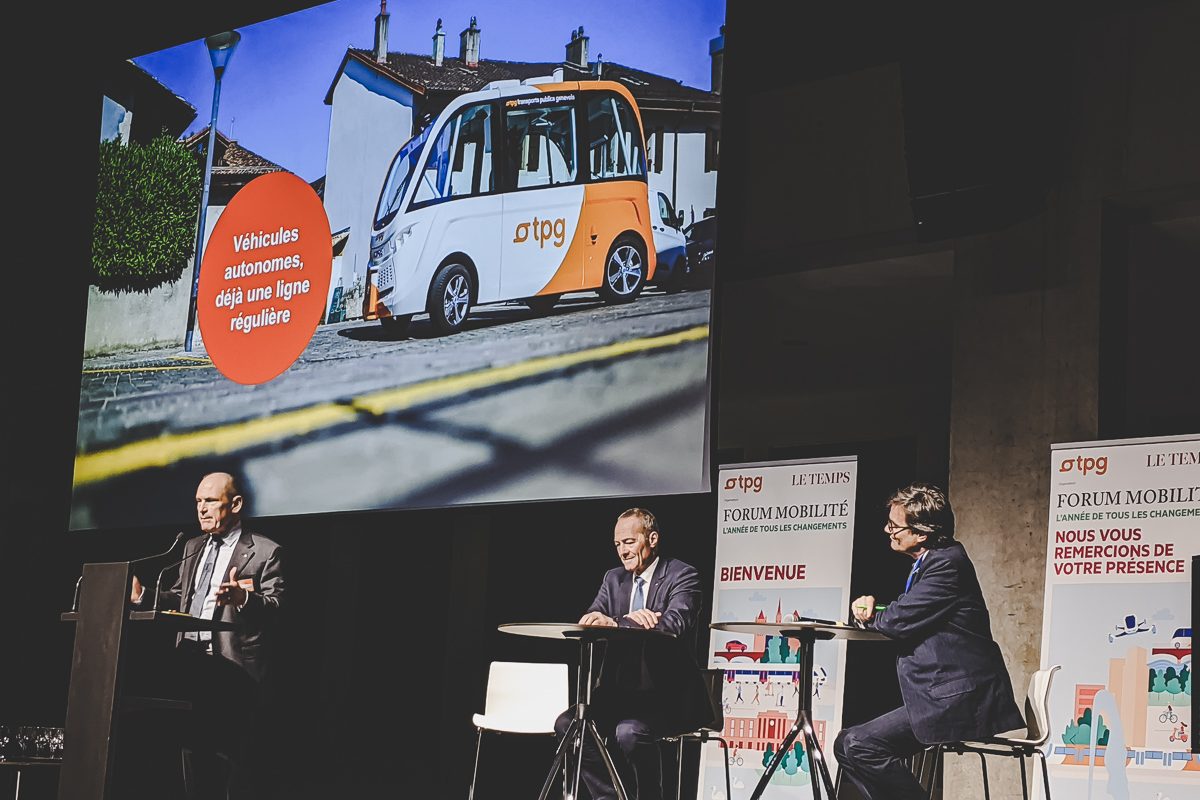 Forum mobilité – The challenges of tomorrow

As actors in the field of Swiss and European mobility, we attended the Mobility Forum in order to participate in discuss...
Lire plus 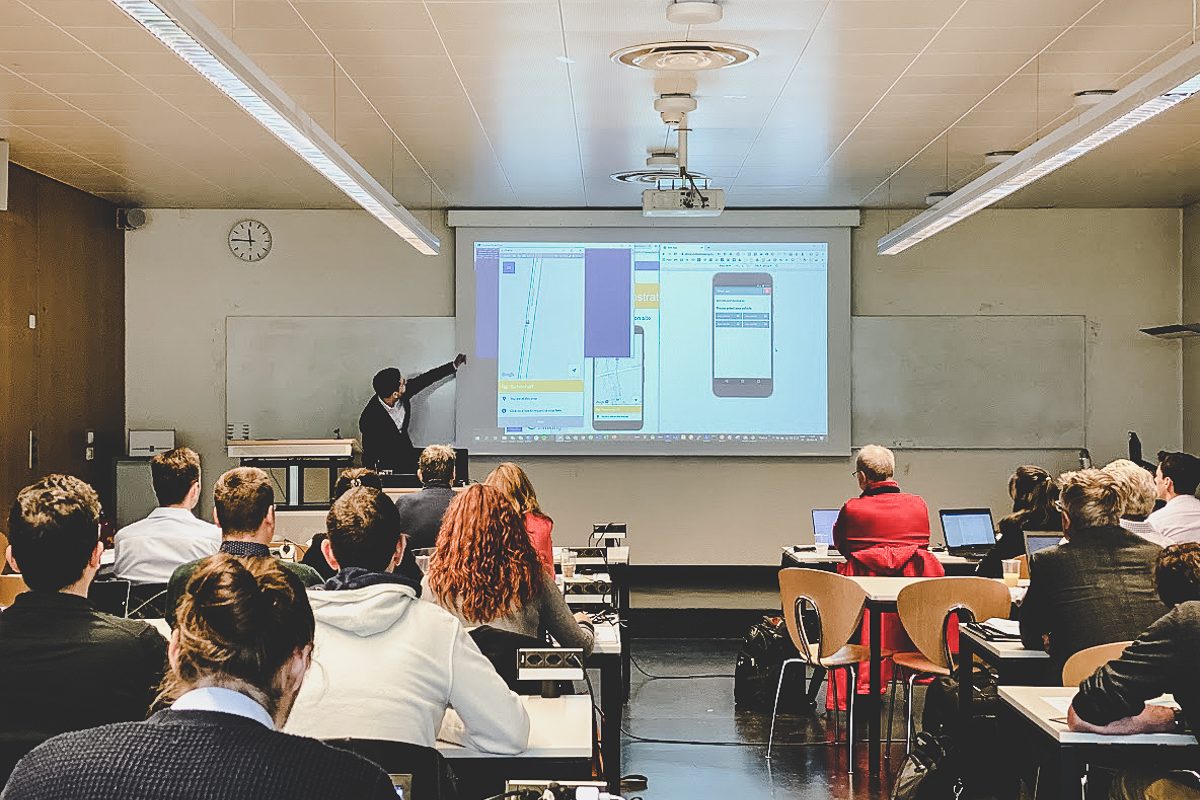 The second day of this plenary meeting is dedicated to passengers, both in terms of user requirements but also services ...
Lire plus 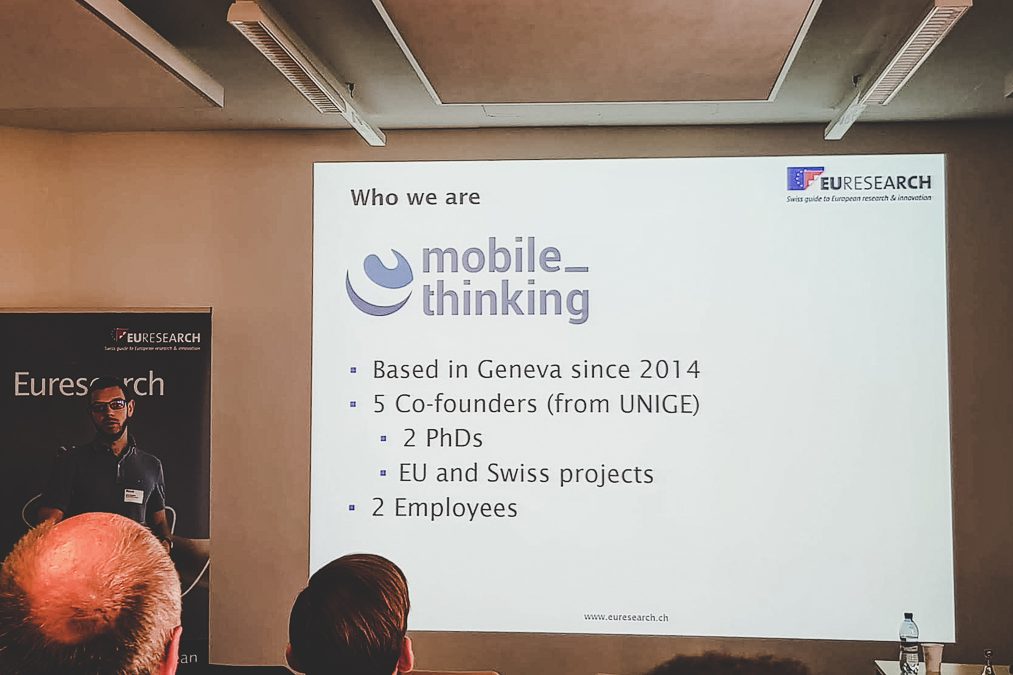 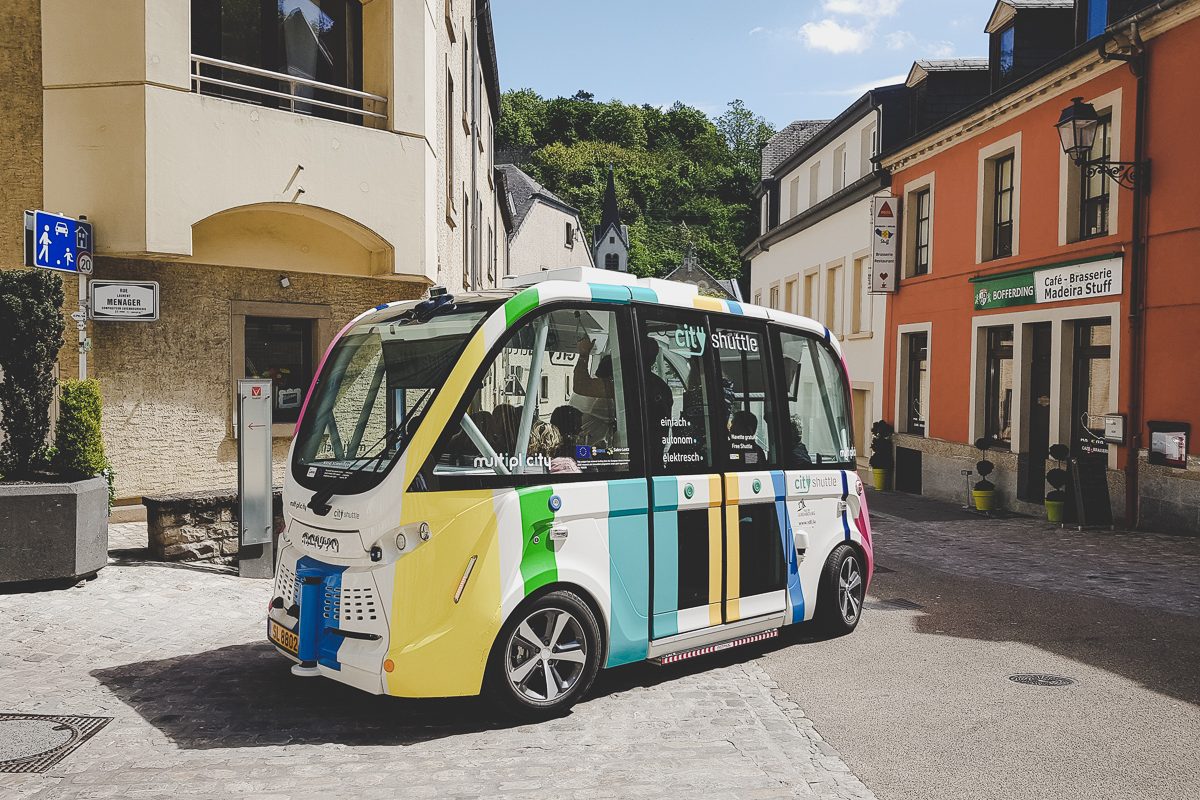 Plenary meeting of the AVENUE project

From May 14th to 16th, Carlos, on behalf of MobileThinking, went to Luxembourg to our partner, Sales-Lentz, one of the p...
Lire plus 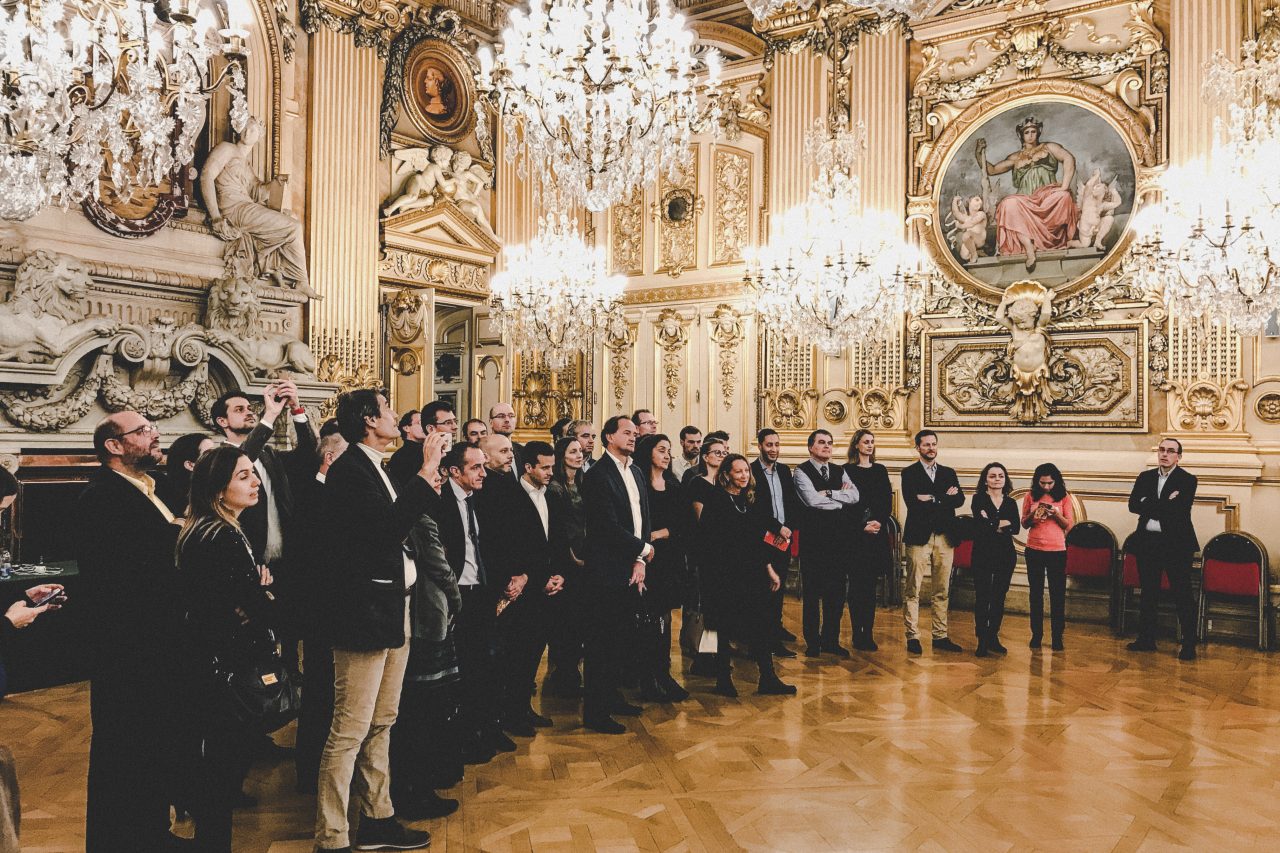 On November 7 and 8, Carlos and Kevin attended the second Plenary meeting of the H2020 Avenue project. It has been held ...
Lire plus 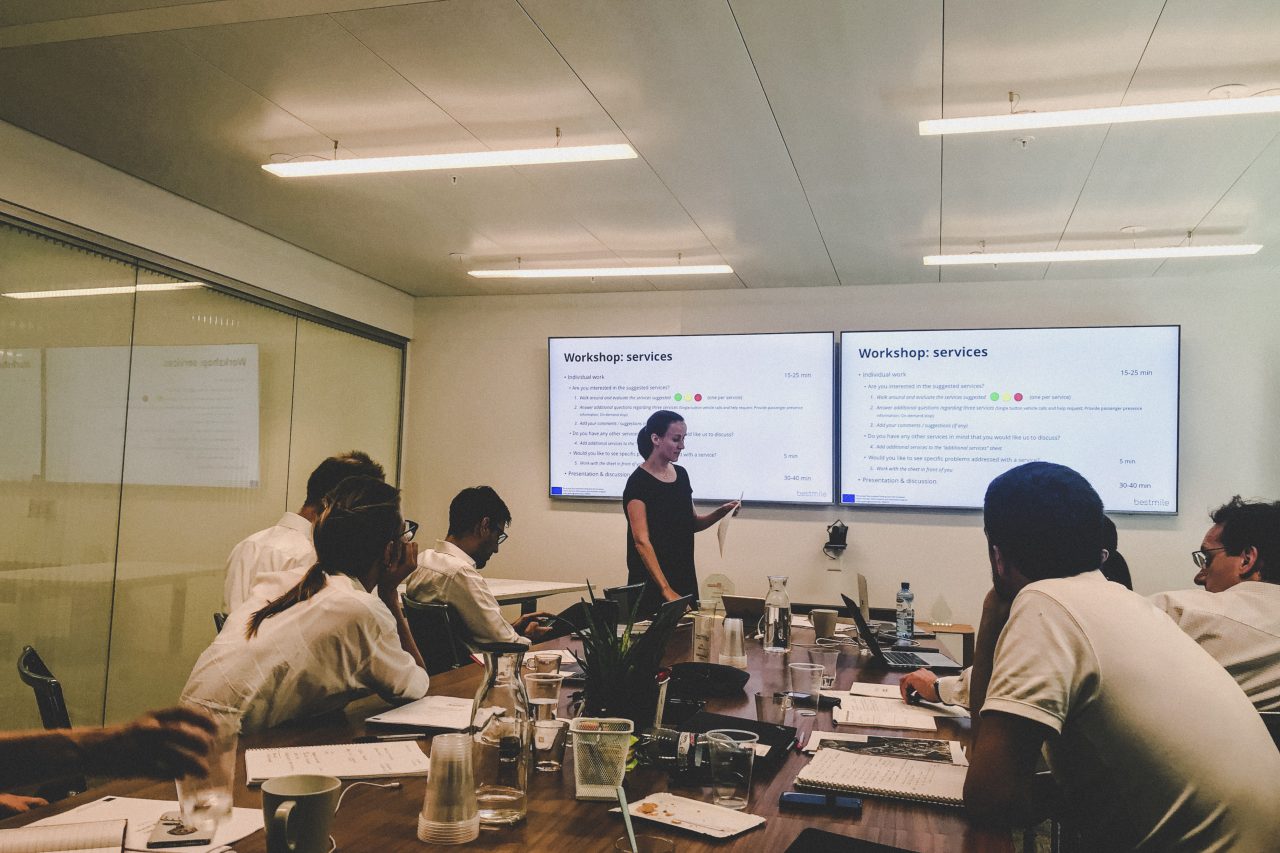 On August 7, Carlos and Kevin visited the Bestmile offices in Lausanne and participate in the workshop they were organiz...
Lire plus 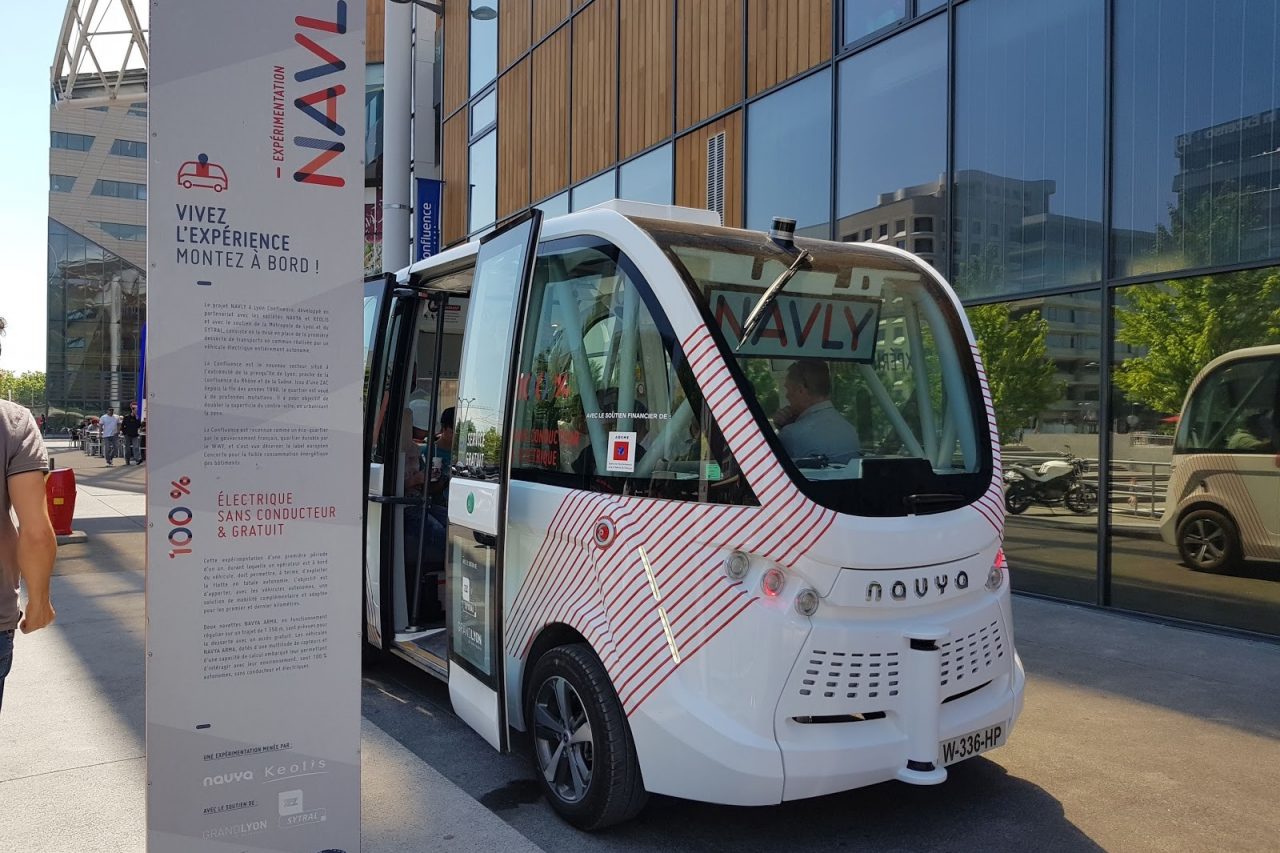 Meeting the experts in autonomous vehicles

This Wednesday, July 4, 2018, three members of our team, Jérôme, Kevin and Carlos went to Lyon, more precisely in the ...
Lire plus 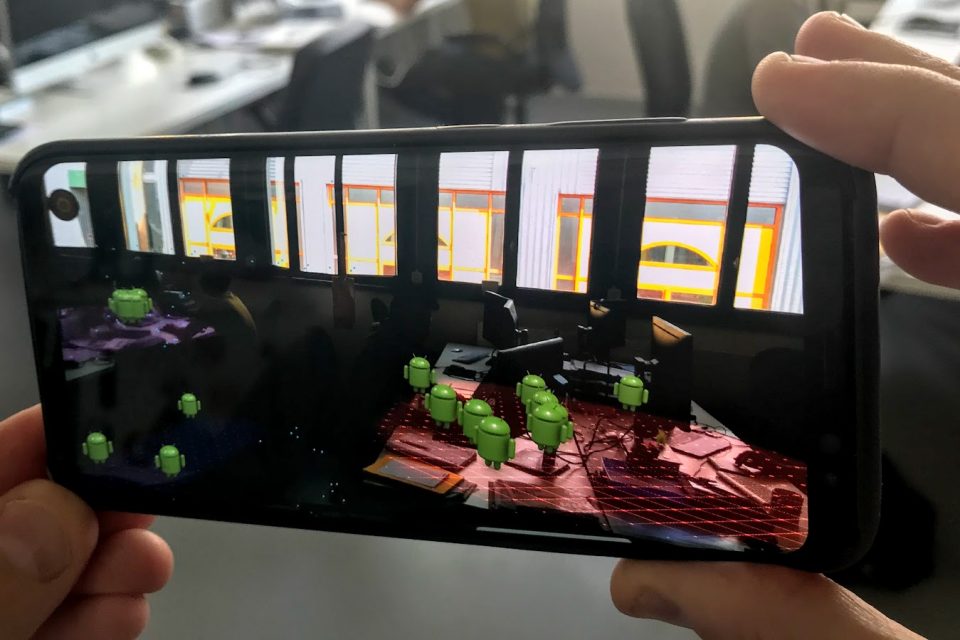 Augmented reality is becoming more and more a everyday tool. We decided to spend the day testing the new Google library ...
Lire plus 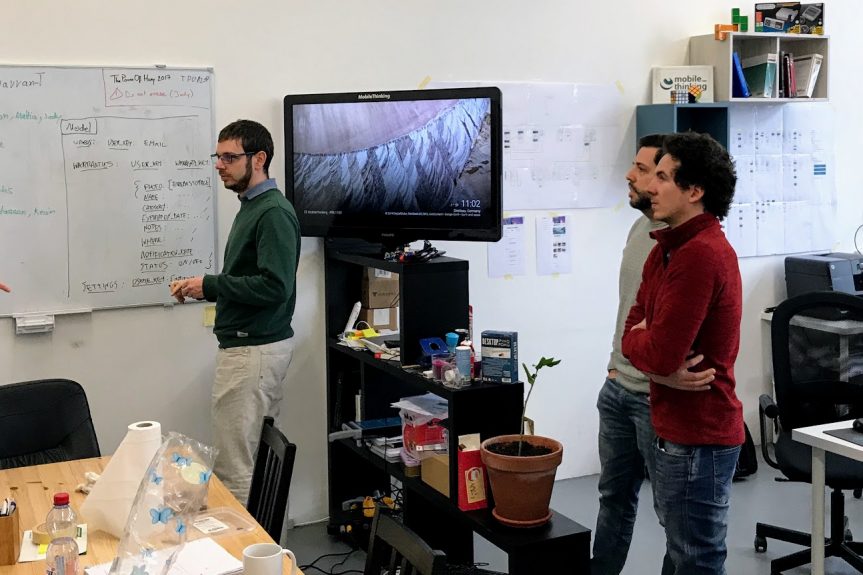 As part of our Creative Fridays, we imagined an app to give you peace of mind! In three little steps, it allows you to s...
Lire plus 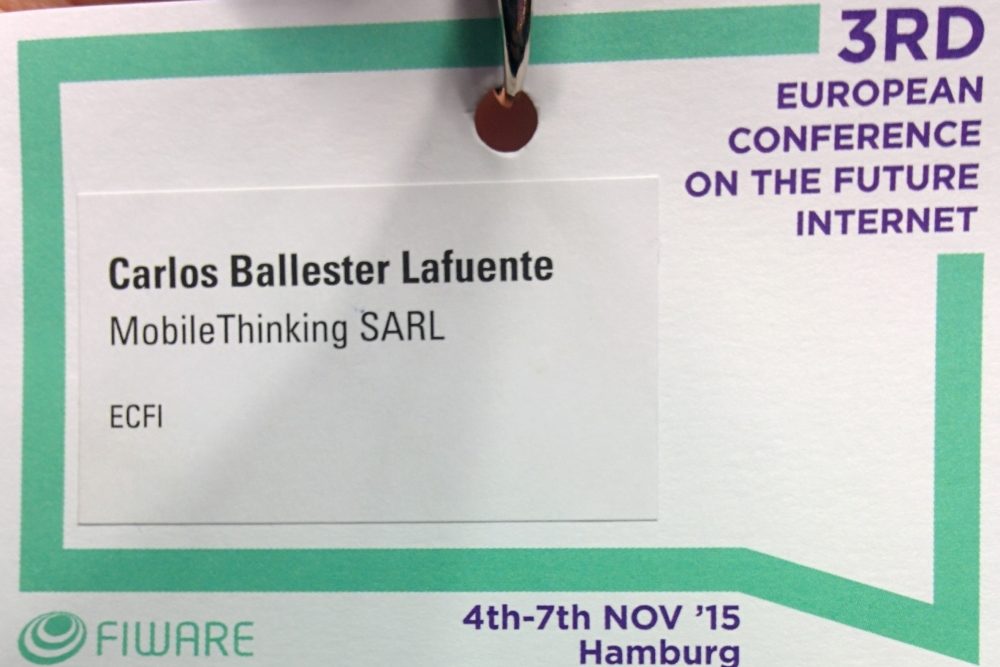 As part of the FIWARE accelerator program Finodex, MobileThinking got to participate in ECFI 2015 – The 3rd E...
Lire plus 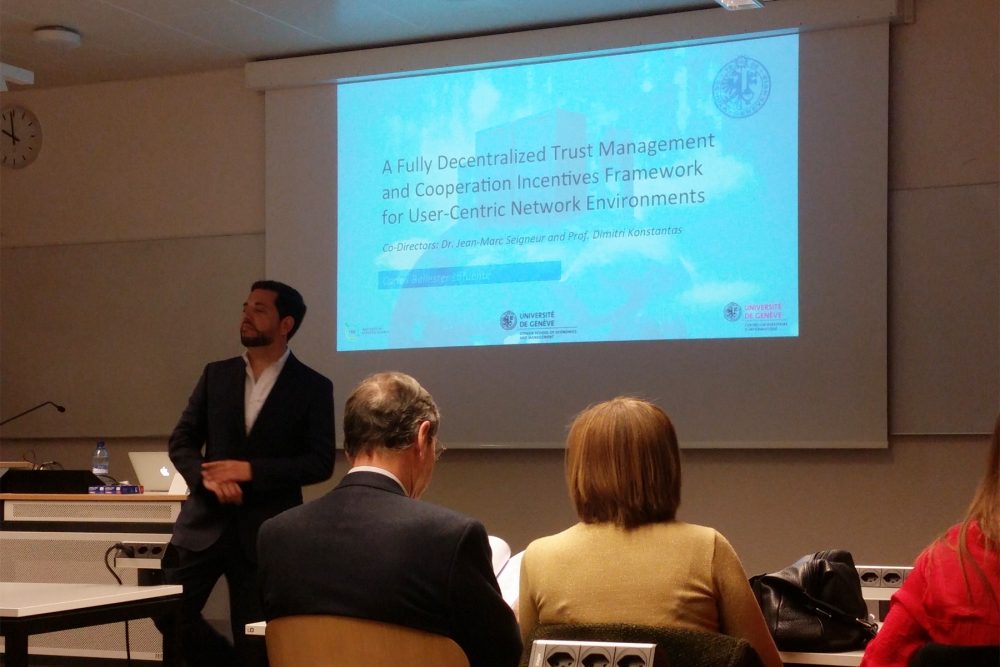 We are very proud to announce that Carlos obtained his PhD in Information Systems last Friday (24/04/2015). Congratulati...
Lire plus
You want to join the team ?