In partnership with Nicolas Croquet from La Courroie de Transmission, we were commissioned by Marie-Elodie Perga, professor at the Faculty of Geosciences and Environment at the University of Lausanne, to support a group of researchers from different backgrounds in the ideation and design of a video game prototype. 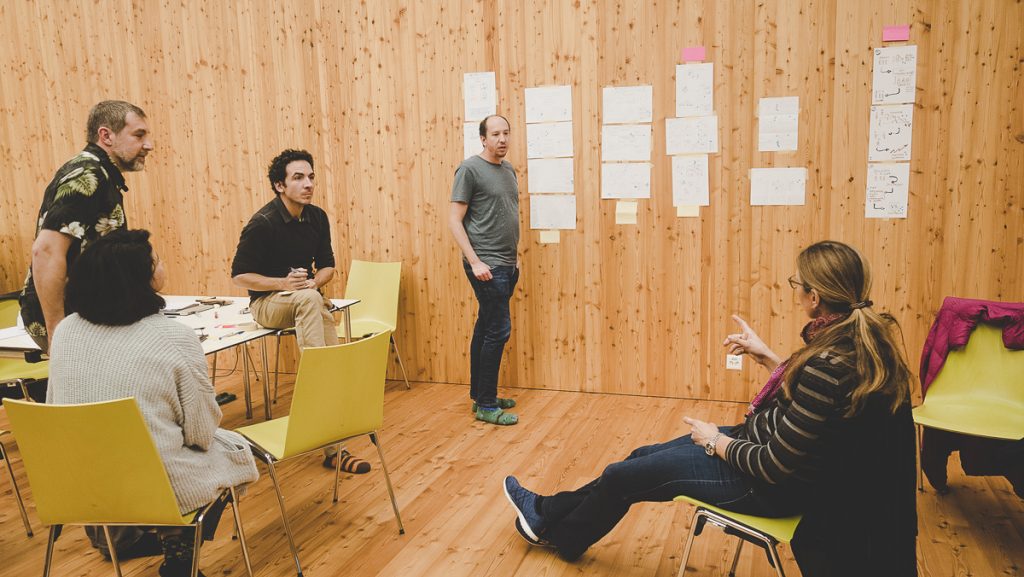 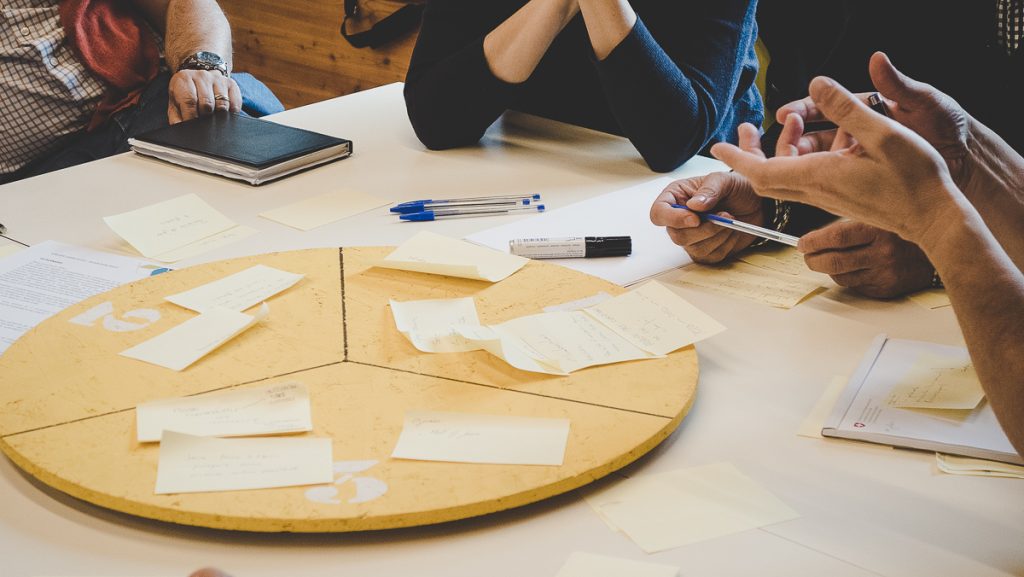 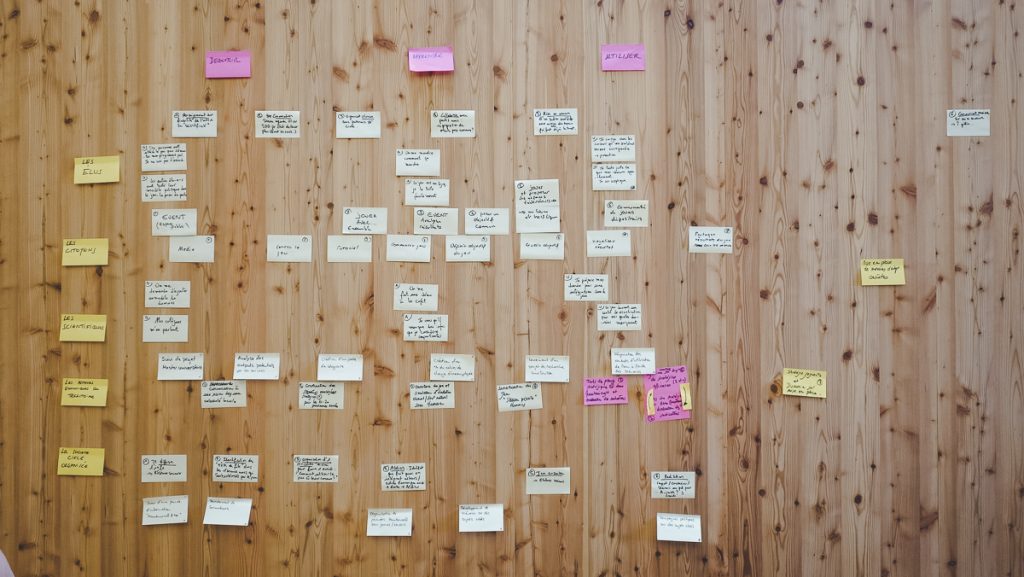 The starting point was to imagine a tool simulating the effects of global warming in the mountains, and more precisely on water, through the use of a video game. The objective was to use scientific data from different predictive models and to bring together the various stakeholders in the territory around an interactive simulation, and thus, test different collaborative scenarios.

For this project, two workshop formats were combined over a 4-day period: Think Echo and  Design Sprint.

The Think Echo, led by Nicolas Croquet, a team from the Genius Loci association, and Cassandre Poirier-Simon, a specialist in digital narrative, brought together on the first day approximately thirty researchers and various local actors around a series of collaborative reflection workshops. At the end of the day, we summarized the reflection set to define the following problem:

How can we create a video game, located in the Valais region, that highlights the levers of power to act collectively? 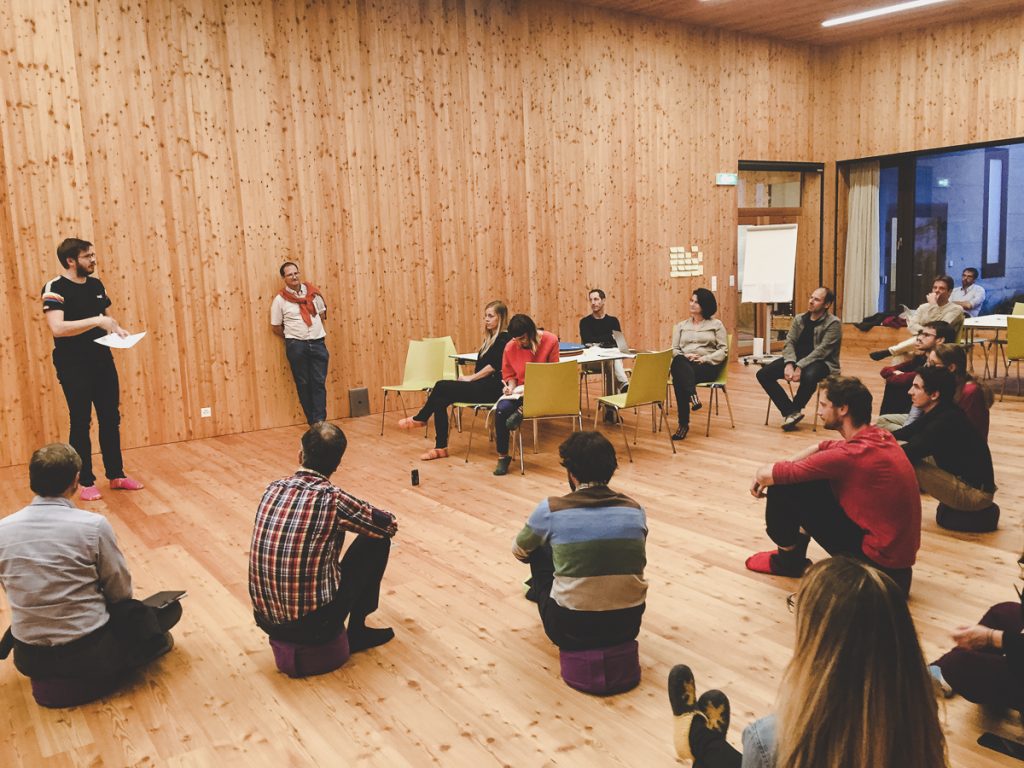 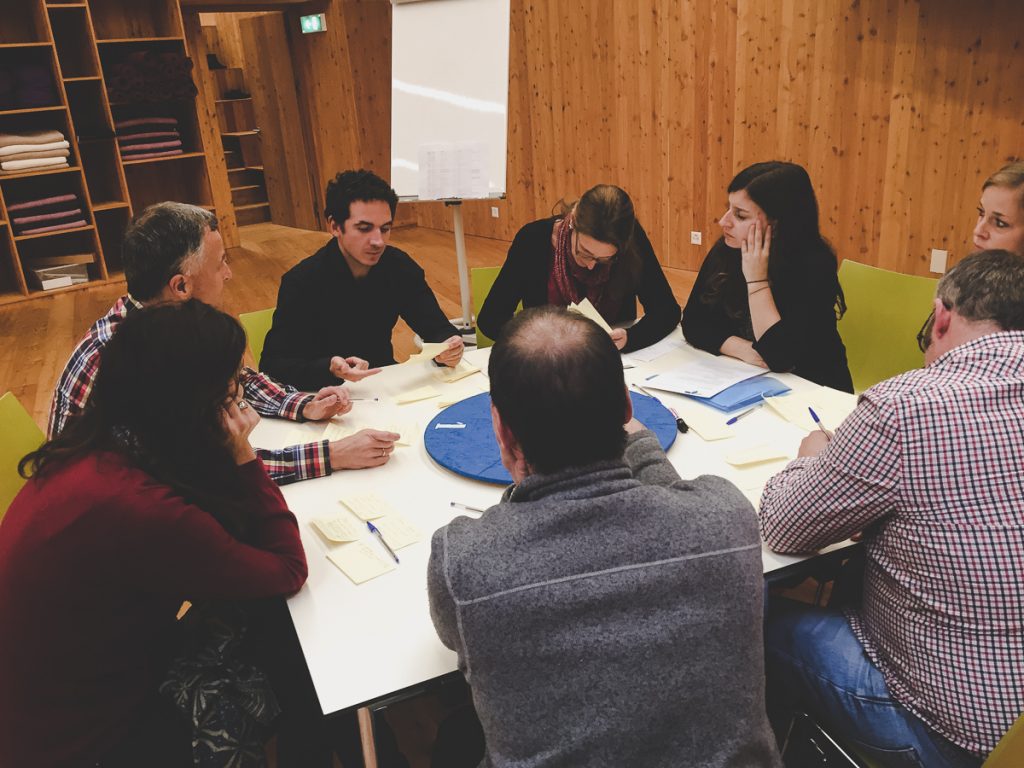 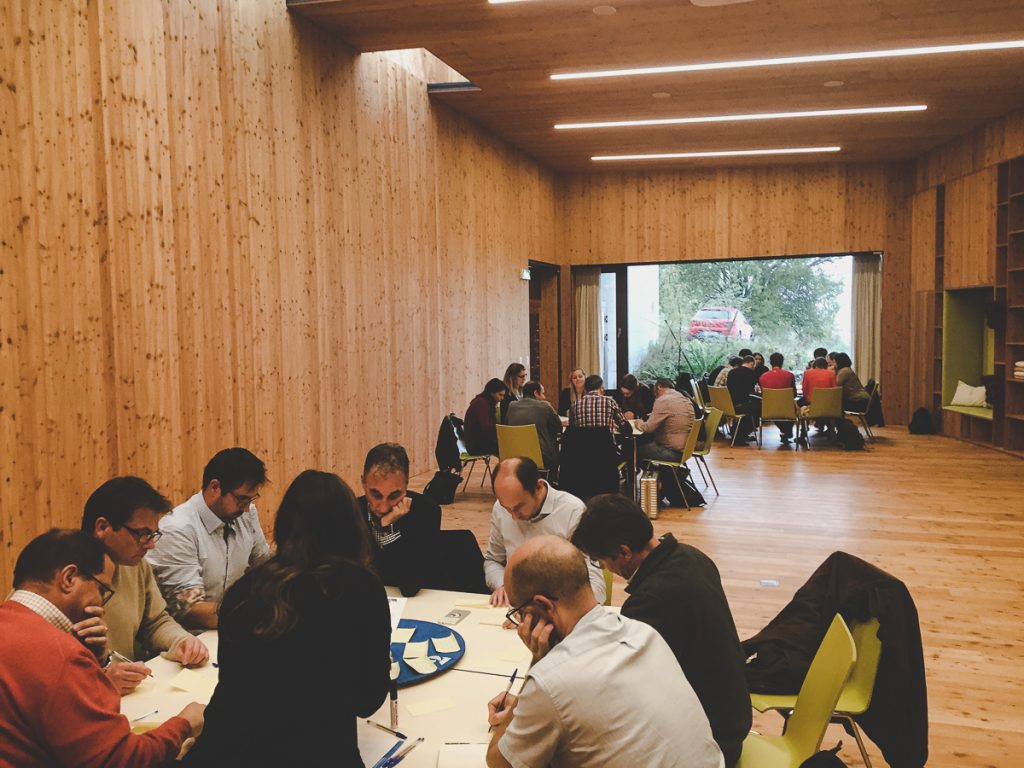 It is on this basis that we started the Design Sprint workshop which took place over the next 3 days with a smaller team of 7 people. We have concentrated the 5 days normally planned for the Design Sprint in 3.

On Tuesday, we combined some of the exercises scheduled for the 1st and 2nd day (understand and sketch). The Think Echo workshop allowed us to gather a body of knowledge and establish a list of potential actors of the project. Thanks to this, we were able to quickly establish a map that allowed us to sketch the 1st elements planned for the prototype and establish a 1st service scenario. 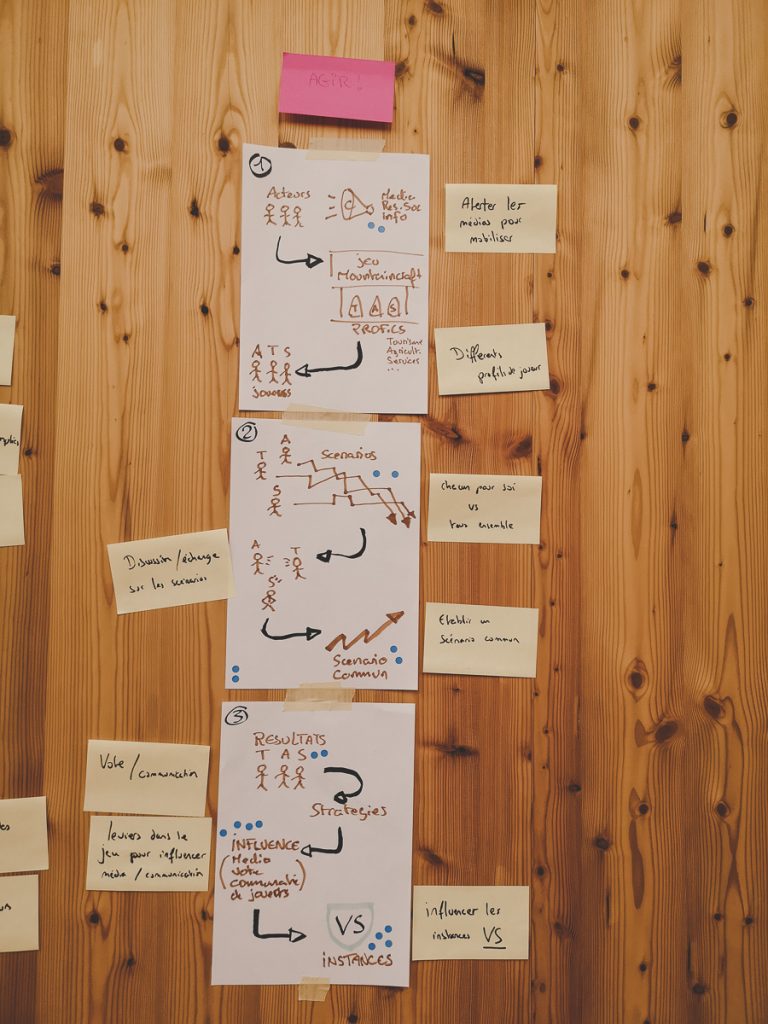 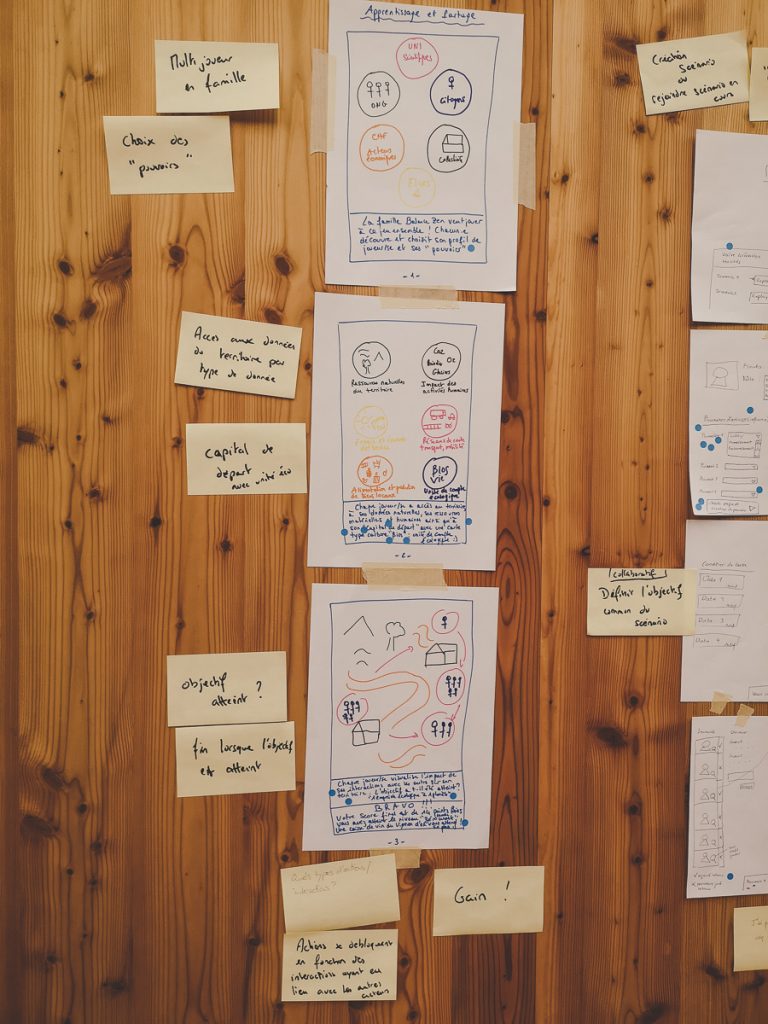 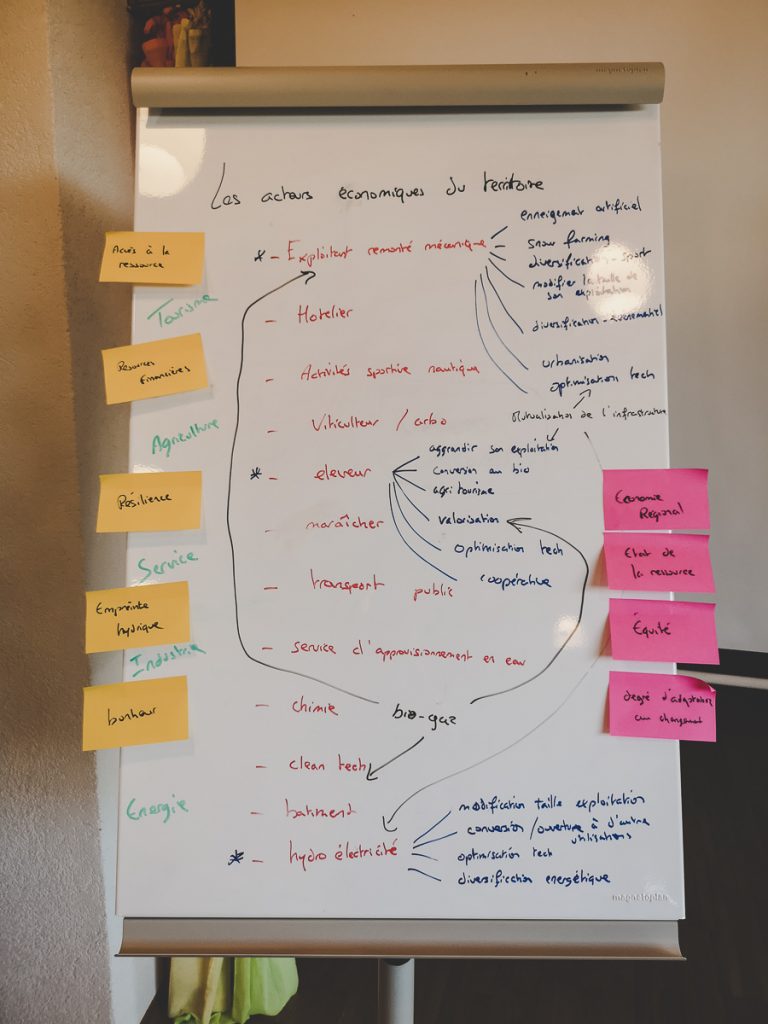 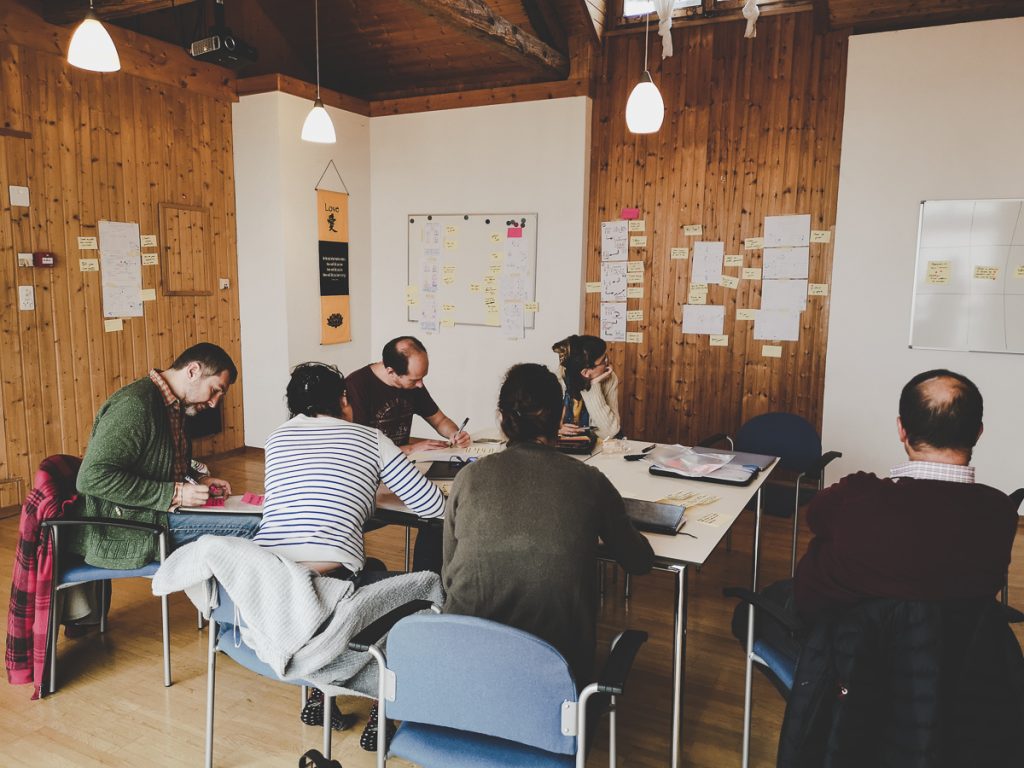 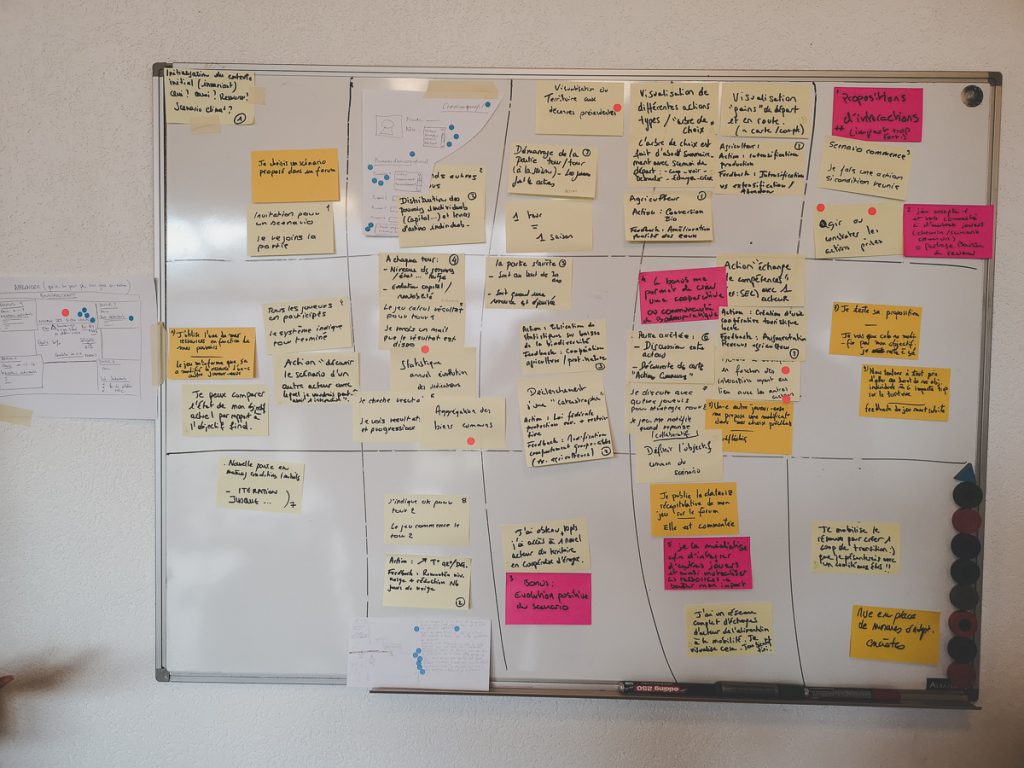 The prototype was made on the last day using Adobe XD software. In parallel, we had established the test scenario for potential user interviews. At the end of the day, we tested the prototype and the test scenario with a potential user of the game. This test allowed us to collect very interesting feedback on some of the logic behind the game, but above all, it provided us with a very positive feedback on the game we imagined during this week.

We opted for a turn-based type of game in cooperative mode. Each round represents one year. Players represent a sector of the territory (livestock, winter sports, hydroelectricity, etc.) and can make decisions related to their sectors, either individually or in cooperation with other players. The objective is to strengthen cooperation to win the game. Basically, the decisions made by players are based on real elements, such as the amount of economic or water resources available. The climate environment, which is common to all players, is also based on scientific data. At the end of each round, a predictive model calculates the possible environmental impacts and creates a new scenario for the next round. Then, after a certain number of rounds, the game draws up a climate report on all the players' actions. 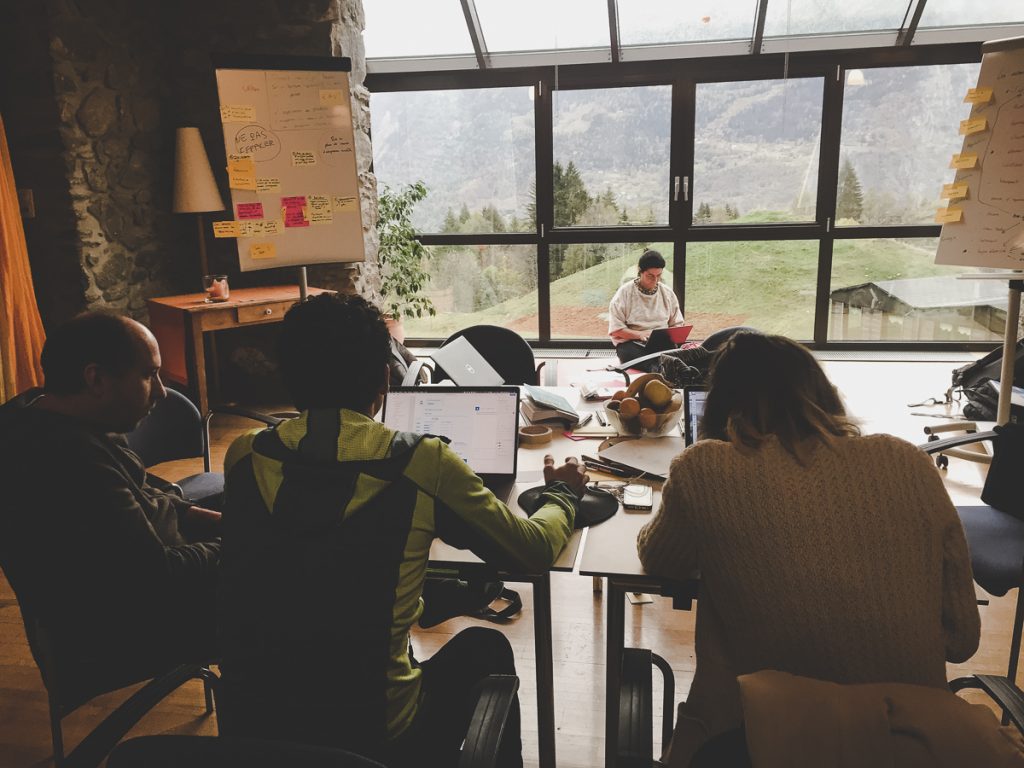 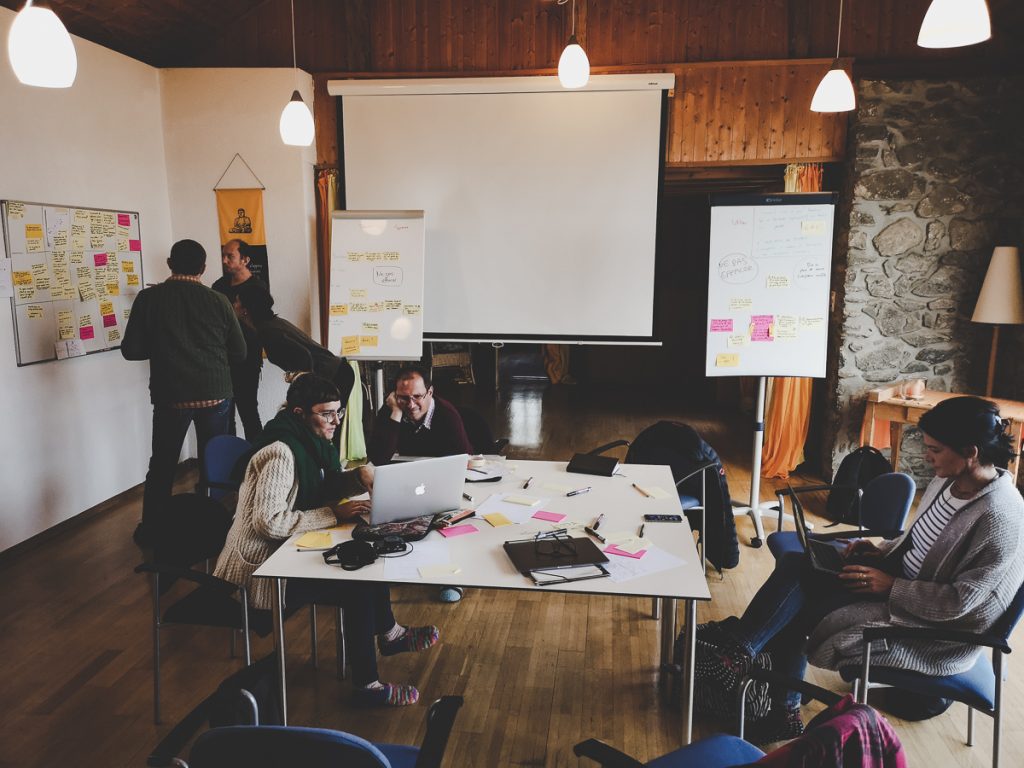 This week of the workshop was particularly intense and very constructive. Indeed, the great difficulty has been to combine the two very complex worlds of science and video games.

The result was more than satisfactory, and we greatly appreciated the commitment of all participants throughout the week.

And finally, why does the title mention slippers? We had the opportunity to lead and participate in this workshop in a hotel in the village of Granges in Valais. This hotel offers a very peaceful setting, ideal for ideation and has as a golden rule, not to wear shoes inside.... Thus the slippers. 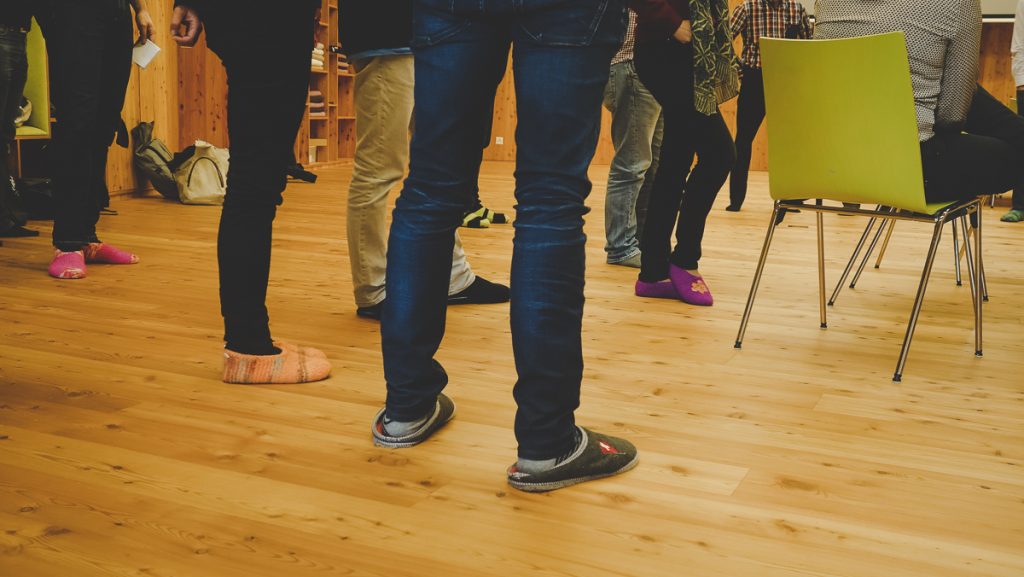 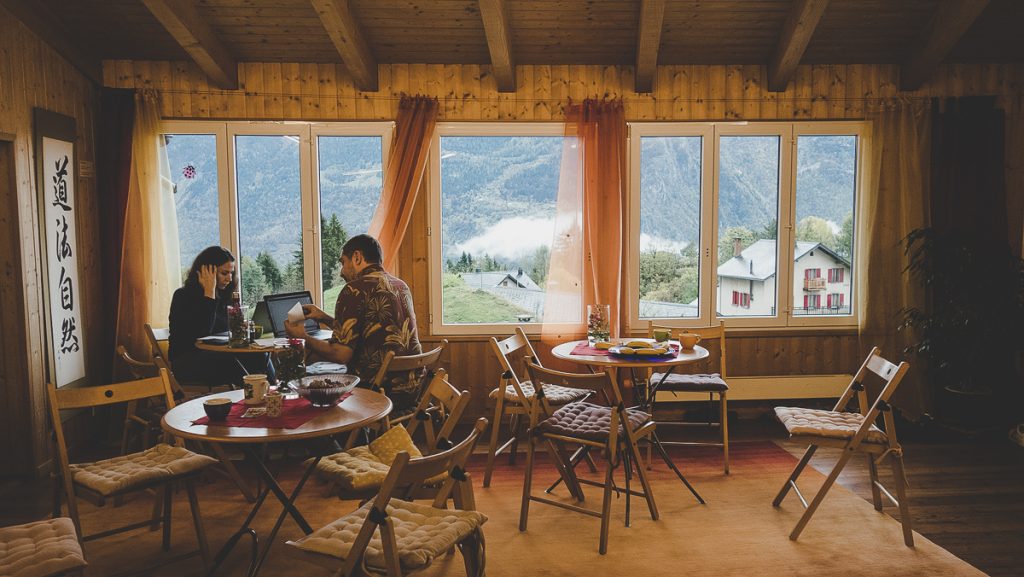 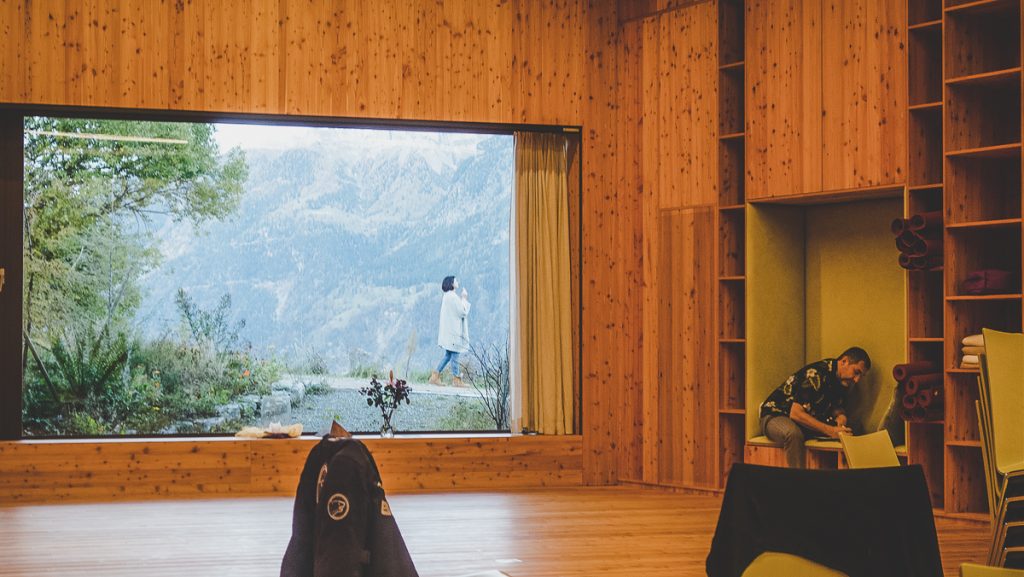 You think that such workshop could boost your project? You want to know more about the Design Sprint methodology? 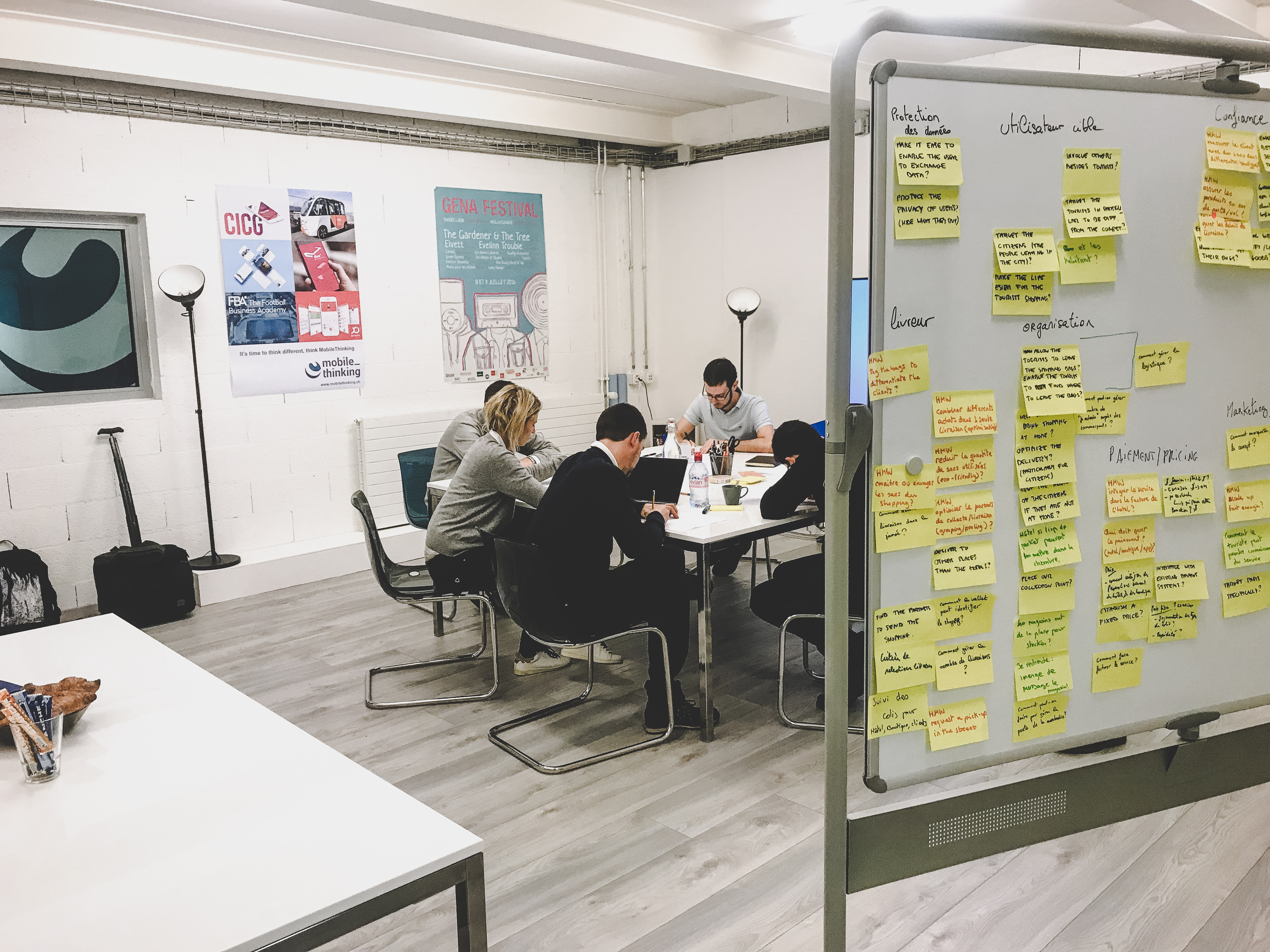 Previous Series Growth Hacker? Marketing your app is not an extra task 6/6
Next Forum économie numérique 2019 – Approaches and methods to support business transformation