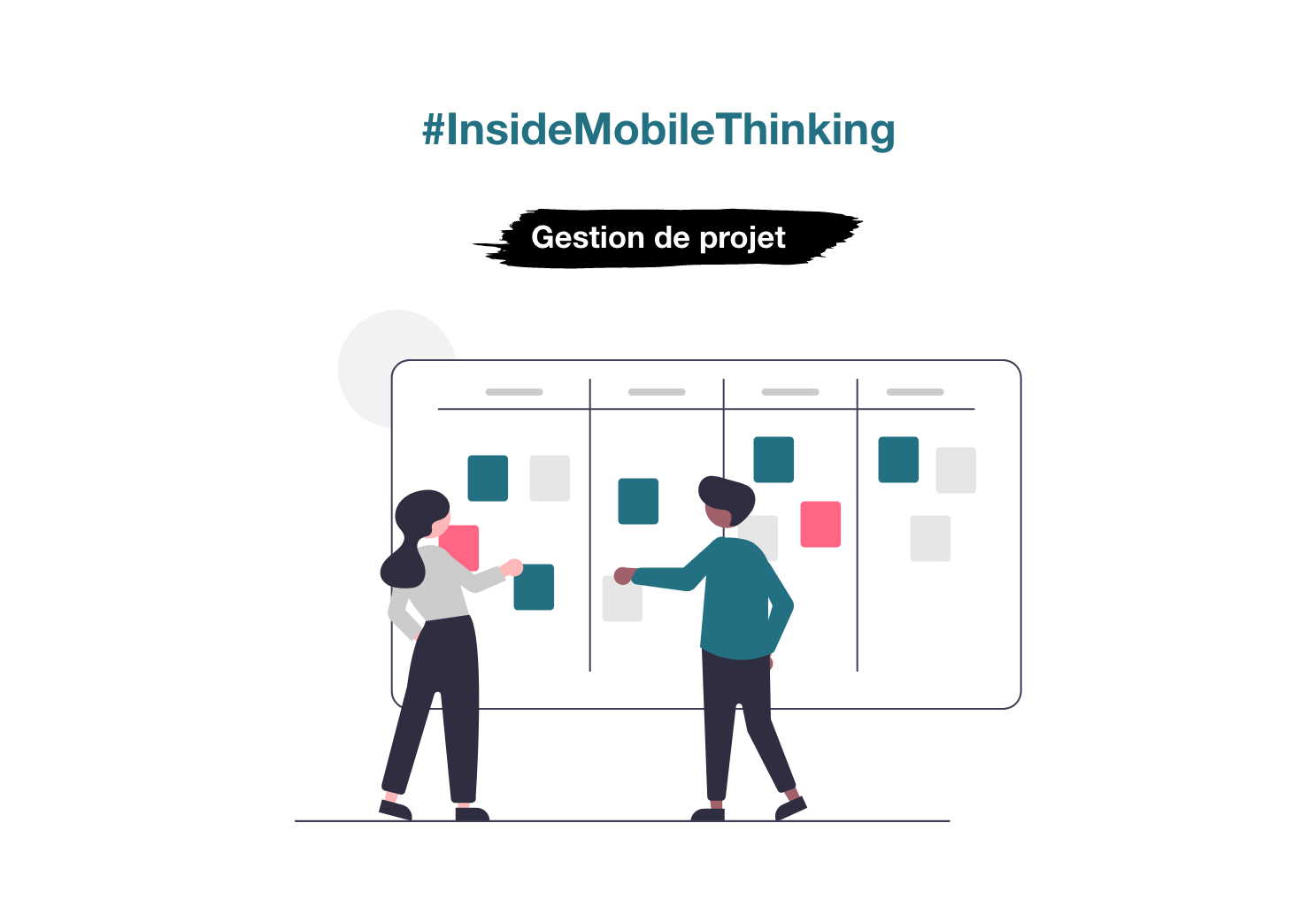 We came across an interesting article by Forbes making analogies of agile project management in a company with real-life examples. We found great similarities with the way we manage a project at MobileThinking.

The article focuses on 3 areas with an agile approach: customers, team organization, and internal communication.

1st axis: If the company is the earth, the client is the sun

For this first axis, the article compares a company's relationship with its customers to the revolution of the earth around the sun. According to the author, companies must "revolve" around customer satisfaction.
Even today, many companies still set themselves the goal of making a large turnover. It is true that money is what keeps a company going, but a study has shown that companies that set customer satisfaction as their main goal see their turnover increase!

At MobileThinking, our main objective is the satisfaction of our clients in the realization of their project. More than just communication, we favor a close collaboration with them. We believe that it is the project owner himself who has the best vision. Our role is to help him to clarify his needs and to realize them. This philosophy enables us to focus on their satisfaction and to obtain results that speak for themselves: : happy clients and et projects of quality.

The article draws an analogy between the internal management of a company and two sports:
→ American football: Very hierarchical, the players do not communicate with each other and receive their direct order from the coach who can interrupt the match at any time. As a result, out of 3 hours of official play, the actual time spent on the pitch is on average 11 minutes!
→ Basketball: Each player is a thinking head on his own, he is able to make his own decisions according to his specialty (defender, attacker, center). The coach sits on the bench and communicates very little with the team. He can't ask for the match to be stopped while in progress. As a result, out of 2 hours of play, at least one hour is spent on the field. 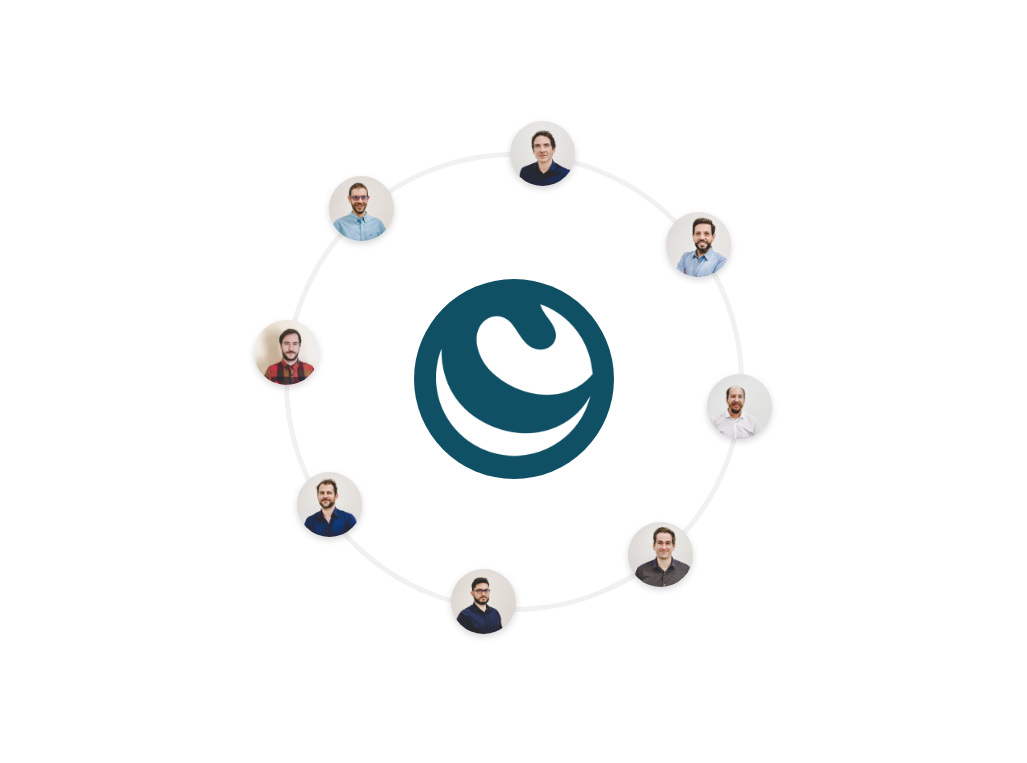 At MobileThinking, we operate in a flat management process where all our employees are involved in the company's decision making and have close contact with the clients. Because each employee has his or her own expertise and areas of expertise, they bring different thoughts and solutions to a given problem.
You can learn more about MobileThinking’s team by following this link.

The softwares of 20th-century computers worked independently of each other and did not communicate between each other. Thus, in the past, to perform two different tasks, we had to use two different softwares.
To continue the analogy, this is similar to non-agile companies that have several divisions or departments that do not communicate with each other. Moreover, each of these poles has its own objectives, rarely shared.

Unlike these old computers, today's smartphone applications communicate the information needed to perform a task with each other.
In the same logic, a company with an agile dynamic sees its different divisions communicate with each other to serve a common goal!
This way of sharing knowledge and resources lightens the workload on the manager, he no longer needs to transmit information to each department separately. 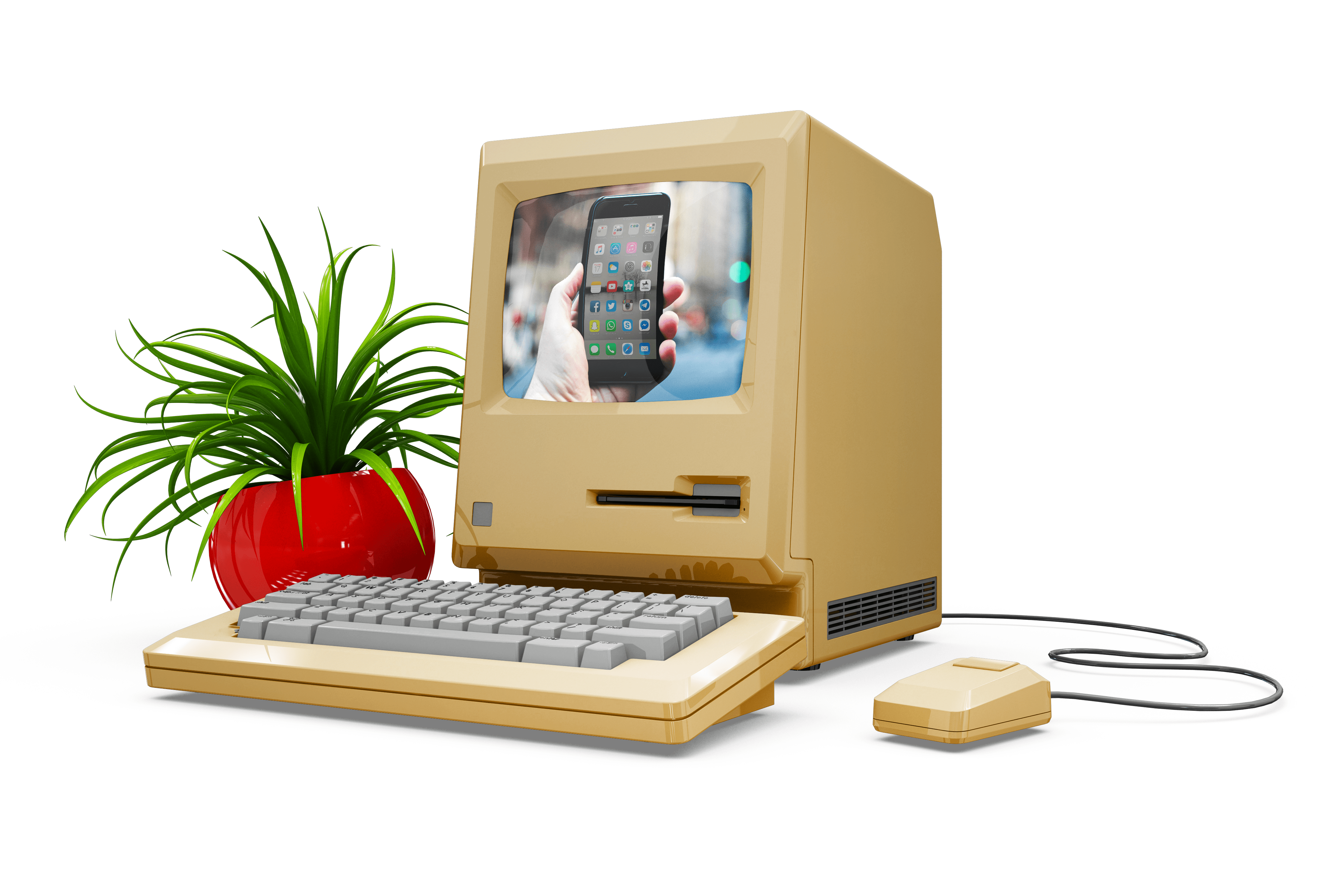 At MobileThinking, we mainly take care of the ideation and development of our clients' digital projects. Our teams actively communicate with each other and with our clients to bring their projects to fruition. In addition, our open space facilitates communication between the members of our team. The Design Sprint team, the development team, and the management team all work together to ensure that each project runs smoothly.
For example, we have supported and continue to support the Moser School in the realization and development of the family portal since the ideation phase (Design Sprint)!

For a long time, companies have operated in a very hierarchical way, slowing down evolution and limiting internal communication. With the misleading objective of generating turnover at the expense of customer satisfaction. This way of working has quickly shown its limits, especially for companies that have to innovate to survive.
At MobileThinking, we believe that the 3 axes mentioned in this article should be considered by all companies that wish to innovate, for example through digital transformation.

If you would like to dig a little deeper into the subject, here are the links to the articles
The 3 axes: Explaining Agile To Your Boss? Here's How
Customer satisfaction as the main objective: Why Maximizing Shareholder Value Is Finally Dying

Trust us with your project

Previous H2020 Avenue – New article on swissinfo.ch – The slow but steady progress of driverless buses in Switzerland
Next How can I fund the development of my application or software idea?