In 2016, Swiss computer scientists Caecilia Charbonnier and Sylvain Chagué, along with entrepreneur Ronald Menzel, premiered a groundbreaking new approach to virtual reality. By merging the technique of “motion capture” used in blockbuster Hollywood movies with sophisticated programming and a deep understanding of body mechanics, they created a platform able to track six people simultaneously, in real-time, with full body presence, and render them as characters inside a computer generated world.

Suddenly the limits of VR were gone. You were no longer a lone observer, you became a participant. Immersive storytelling and shared experiences were a real possibility. VR was more than a device, it was a destination.

In July 2022, Dreamscape Immersive is opening its first virtual reality centre in Europe at the newly renovated Confederation Centre. For this opening, we collaborated on the creation of the website dreamscapegeneva.com , Dreamscape Geneva's official website and ticketing service, as well as the creation of dynamic screens in the reception area and the lounge.

In order to allow our client to take control of the daily modifications of their site, we decided to use the Wordpress CMS. The site contains all the classic elements of a Wordpress site, i.e. image galleries, carousels and contact forms. In addition to this, we have integrated the ticketing system offered by Infomaniak.

In fact, visitors can book their session directly online.

In order to guide visitors to Dreamscape Geneva, we were commissioned to create 3 screens displayed on on-site monitors. The data comes from Dreamscape's internal system for managing customer check-in and VR experiences.

The design is inspired by airports and displays information about upcoming departures and boardings. Two screens for visitors are present in the check-in area and in the lounge and a screen only visible to operators informs them of upcoming sessions.

These developments are fully customised to Dreamscape's design and requirements. 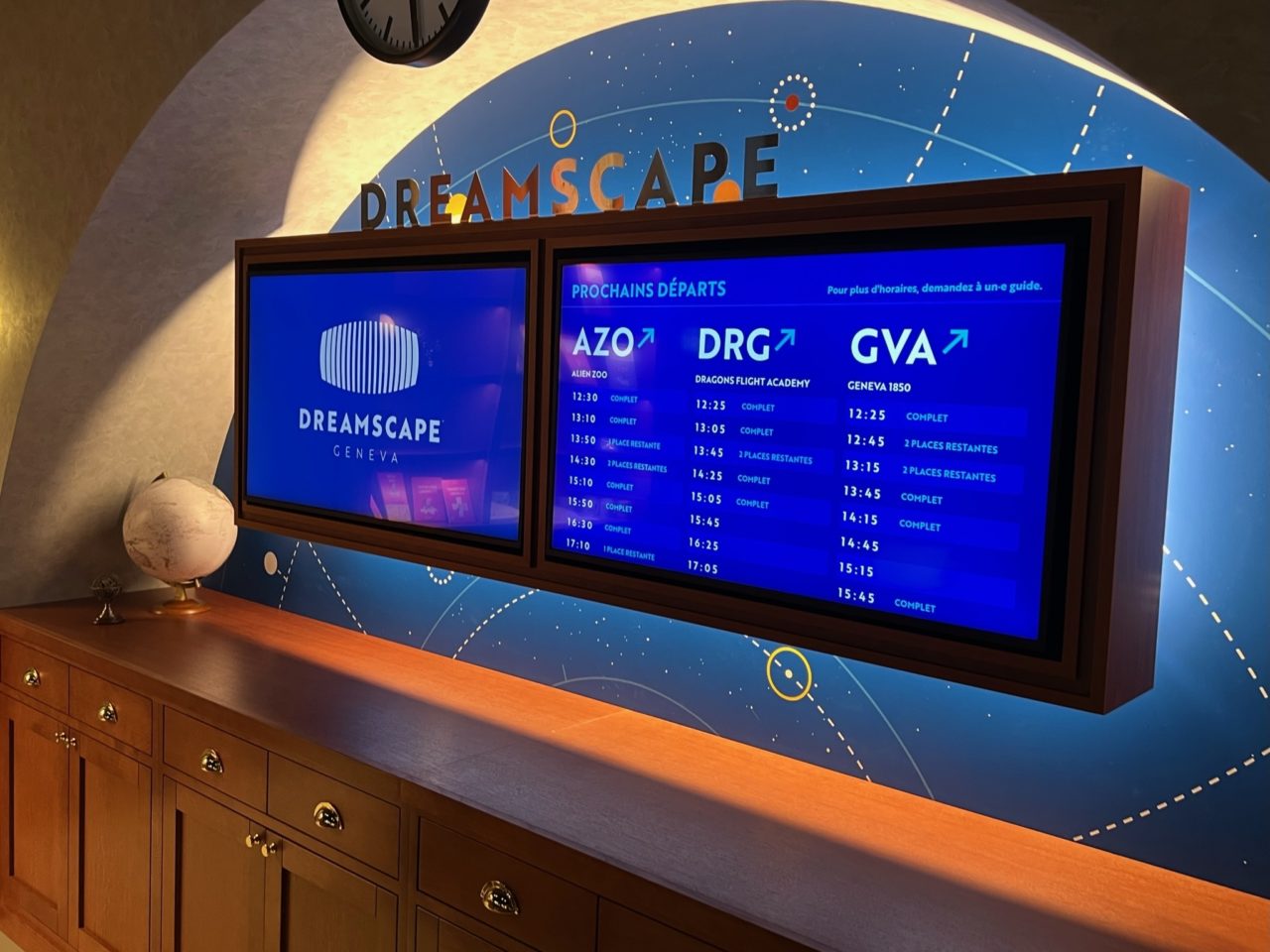 Development of the Wordpress site Creation of the home screens

2022
We thank the Dreamscape Immersive team for their trust. We had the chance to go and live these unique and impressive VR experiences. We encourage you to go there, you will not be disappointed.
An idea for a digital project? We are here to help you.
Contact