This week, Jody Hausmann is in the spotlight. 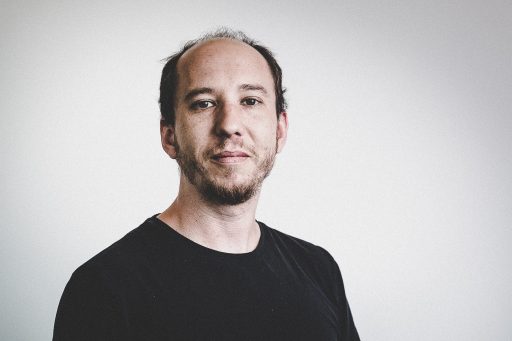 But who is he?
Jody began his professional career in Geneva by studying drawing and construction at CEPTA and obtained a CFC in mechanics.

In 2001, after completing his CFC in Mechanics, he worked as a mechanical designer and team leader in the R&D department at Rollvis SA, a company specializing in micromechanics.

In 2005, he decided to start a new professional adventure He left the company to change his professional orientation. He chose to acquire a Bachelor's degree in Information Systems at the University of Geneva. Everything happened very quickly and Jody obtained also a Master in the same subject.

From 2008 to 2014, he worked as researcher at the University of Geneva and participated in several projects using smartphone sensors, mainly in the field of mobile health.

That's when Jody met the other co-founders of MobileThiking.

Currently, he is the president of MobileThinking. He oversees the Web and Mobile development. He is also in charge of the project management and the administrative part of the company.

Jody is well-organized and enjoys learning. He is an intelligent person with a long-term vision. During discussions or decision making processes, he is comfortable in sharing his feelings with the other members of the company.

His colleagues perceive him as organized, invested and responsible person.

On his private side, Jody enjoys travelling (soon we'll tell you more about this) and playing video games.

Virtuoso of project management, he will know how to deal with your requests and guide you towards success.

Previous dea* – And if we discovered together a new playful and original way to discover a cultural space?
Next Are you an Android or iPhone user?