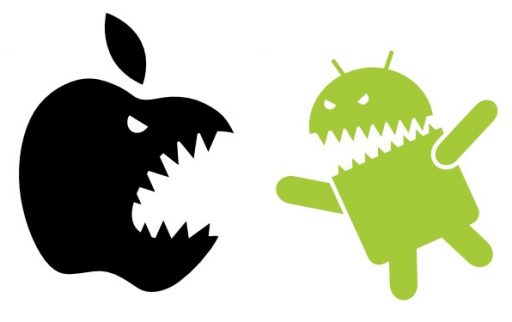 Are you more honest if you own an Android? Are you more outgoing or do you consider your phone as an essential statutory brand if you prefer iPhones?

According to the first study, the type of phone you own would reveal key elements of your personality.

Conducted by the psychology researchers from the universities of Lancaster, Lincoln and Hertfordshire in the UK, this study was conducted on a panel of iPhones and Android phone owners. 90% of smartphones sold around the world are Android or iPhone.

As scientists note "despite almost similar features, current discourse and marketing campaigns suggest that there are fundamental individual differences between users of these two types of devices, yet this has never been empirically analyzed.

A digital version of oneself
Through these questionnaires filled in by more than 500 smartphone and iPhone owners, it appears that iPhone enthusiasts are more women or young people. They are more likely to attach a statuary value to their object that allows them to mark their "place" on the social ladder.

Android users, on the other hand, are more male or middle-aged. They tend to exempt themselves from the rules if they see the possibility of personal gain, while being generally more honest and less passionate about money or social status.

"It is increasingly clear that smartphones are seen by their owners as a mini digital version of themselves," says Heather Shaw, co-author of the study. And many of us don't like when someone touches our device, because it reveals a lot about us.

With such a marked distribution of psychological characteristics specific to this or that type of user, it is now proven that smartphones have indeed become an extension of our identity.