This week, Mattia Gustarini is in the spotlight. 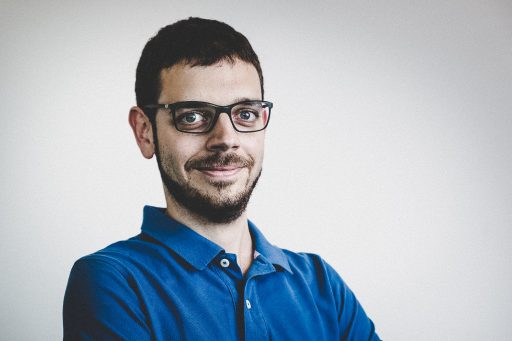 But who is he?
Mattia graduated from the University of Lugano with a Bachelor's and Master's degrees in Computer Science and started his professional career as an assistant on European projects at the University of Geneva.

This led him to complete a thesis with the aim of obtaining a doctorate in Business & Management with a specialization in Information Systems.

During one of his PhD experiments, he conducted behavioural analyses of about 60 smartphone users from Europe and the United States.

For this, Mattia designed and developed a "SPY" application that the 60 experiment participants installed in their smartphones. With the application he collected data to understand how the participants used their devices. The results of the experiment allowed him to create some guidelines to design applications that are easier to use for the end users.

His years as a doctoral student allow him to make connections between phenomena that the majority of people don’t perceive. This makes Mattia a major asset in terms of mobile application design and development. Notably design workshops that he enjoys facilitating.

His future vision for MobileThinking: Like Kevin, he wants to maintain the company's growth while maintaining the quality of services offered to the customers.

His colleagues perceive him as a person eager to learn, focused on his goals, and concerned about team cohesion in order to provide quality work.

On the private side, Mattia likes to do activities with his friends like mountain walks, aperitifs, watching Moto GP, and playing unihockey.

He also likes to stay informed by reading books and newspapers related to his field of activity.

And finally, according to him, we should not eat cheese fondue from March 21 to September 21!

Previous Proud to be part of this innovative project!
Next Meeting the experts in autonomous vehicles