This week, Carlos Ballester Lafuente is in the spotlight. 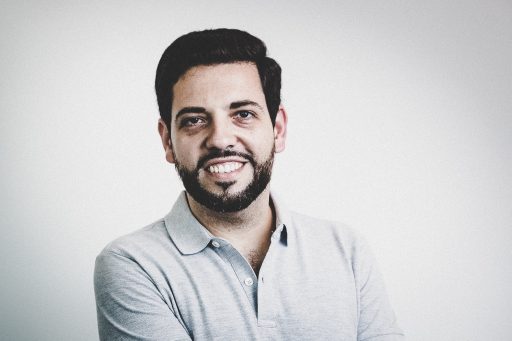 But who is he?
Carlos began by studying computer engineering at the Polytechnic University of Valencia (Spain). At the end of his studies he decided to go to Erasmus in Norway.

Back in Spain, Carlos worked in S2Grupo, an IT security company as a junior auditor.

He is very passionate about this field and that’s why, after one year working, he decided to do a master's degree in computer security in Finland and Norway.

After finishing his master degree, this enthusiastic traveller decided to seek a professional opportunity abroad. He applied in various European countries and found a doctoral position at the University of Geneva (UNIGE).

It was at UNIGE that he met the other members of the MobileThinking team. After five years of working at UNIGE, he obtained a doctorate in Business & Management with a specialisation in Information Systems.

His strong point is undeniably his entrepreneurial and team spirit, but also his ease and willingness to learn, his sense of communication, and his spirit of analysis and innovation.

His future vision for MobileThinking: he hopes that the company will continue to grow and will become recognised and famous in Europe and why not all around the world. However, it is equally important for him to maintain the quality of the provided services and the proximity to the customers.

His colleagues perceive him as an optimist, positive and go-getter person.

On his private side, Carlos is a lively person who enjoys spending time with his friends but also hiking around Geneva accompanied by his wife and their lovely dog Blanca.
He also likes to run (but only in the early morning or late at night because he doesn’t like the heat!

Always in a good mood and of a playful nature, he works always side-by-side with Blanca, who is truly the mascot and Chief Happiness Officer of our company!

To see Blanca’s profile please click on this link: https://mobilethinking.ch/team/